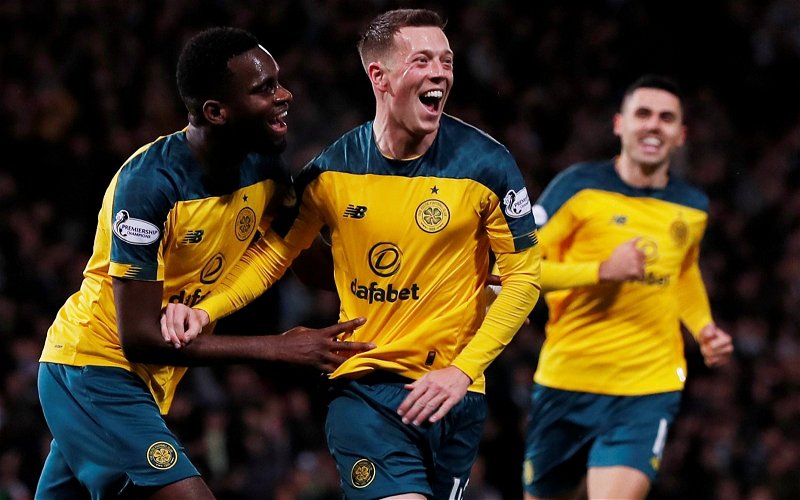 Today Ange Postecoglou took his place at Lennoxtown for the first time, and ran pre-season training.

He spoke to CelticTV afterwards, and you can watch the interview at the bottom of the article.

He chose to highlight one player in particular; Callum McGregor.

Not only did he speak well about Callum, and how much the player impressed him at the Euros, but he spoke about the need to give our future captain a rest and recuperation period. This is hugely important, and I hope that it’s a long period, one lasting several weeks.

No player has earned it more. No player is more in need of a lengthy rest from football.

Callum McGregor has to have been the most used footballer in Europe in the past four or five years. He has to be. The guy has been an ever-present in a 38 game league, with regular appearances in the latter stages of cup competitions.

Because of our qualifying system for European football he plays almost as many games as those who reach the quarter and semi-finals of those. He has carried a full international card on top of that. He is rarely injured, and he is almost never dropped.

I think our coaching staff of the last few years has grossly let McGregor down.

They were burning him out.

They were working him too hard. Postecoglou already seems to have a better sense of this than they did, and whilst it custom and practice to exclude players who have played in international finals from pre-season training his comments hint at a deeper understanding of what Callum requires if he’s to play a full role in the campaign which is to come.

Callum needs major downtime, and he’s not going to get all he needs because we have games coming up in short order.

But we owe him a couple of weeks and a more sparring use of him over the course of the season.

We cannot keep pushing this guy the way we do.

Callum will be the Celtic captain, and his presence in this side is critical to how we do in the next few years.

He had a disappointing season last time out, but I blame the coaches who didn’t seem to know his best position for that. He will shine under a boss who appreciates him and treats him as the lynchpin of this club.

He may just have one.

?? “I want to get out on the park and work with the lads and staff. That way they get to know me and what my expectations are. Every training session is going to be so important.”