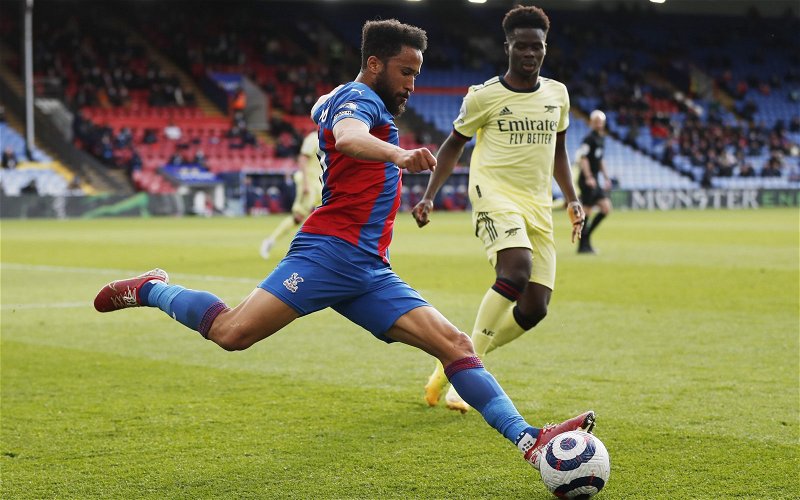 The first seriously juicy transfer rumour of the window popped onto the radar last night, with a story that we had gone for a French right back in a £7 million deal.

James wrote that one up. I would have done it today – and passed note on how unlikely it was – but another deal tugs at my brain instead; the possible swoop for Andros Townsend, now out of contract.

Townsend is a winger, who can play on either the right or left of midfield; this is precisely the kind of versatility we need, with so many players to replace.

He would be an able backup for Forrest on the right of the pitch whilst being a first pack on the other wing … he is 30, giving us experience that we’re going to need. James had that one spot on.

He would not cost us anything in terms of a transfer fee, but he would want big money. Not the kind he’s on right now – he has to be realistic about that – but it won’t be chump change either.

Nobody said we could do this on the cheap, and we won’t be able to. He has played at the highest level. He has international caps for England.

We can’t ignore the opportunity to bring this guy to Celtic Park if it’s one that presents itself and he’s realistic in his demands.

This is exactly the type of player we should be going for, someone who has collected the money but never got his hands on silverware. That is the critical thing here; we can give him the chance to win trophies and play in Europe.

Where else will he get that on his travels? He can go to some relegation battler or mid-table settler and further enrich himself … but at what point do guys like this want something more for themselves?

Perhaps, for this guy, that time is now.

Celtic should be looking to find out.