As Dominic McKay Comes Into Focus, Celtic May Finally Have A Leader With A Vision.

This summer was a critical one for the reform of our club. Celtic knows what the number of season ticket renewals was by now, and although Dominic McKay was confident when he spoke the other day they know that sales were sluggish and that serious doubts remain about several critical components of the Celtic Park operation.

Large sections of this support no longer trust the directors, any of them.

This feeling does not extend to the upper management, where Dominic McKay already seems very impressive, and where the new boss, Ange Postecoglou, has won the right to the honeymoon I didn’t think he would get. Both of these men have.

Dominic McKay wants to take the club in the right direction, and I think we should all be supporting his plans even as they are still taking shape.

Two things appear to have happened during the evolution of our spring crisis.

First, forward progress had stalled and so McKay was brought in early to give the whole club a shot in the arm.

Secondly, when the Howe deal collapsed the plan, such as it was, which had existed up until that point, went right into the bin.

I was always distrustful of that plan, because its architects were clearly supposed to be the men who had hired Lennon and dropped us into the crisis in the first place. Nothing is left of that plan today and the reason for that is that Dominic McKay decided to go a different way.

Why have we not hired a director of football?

Perhaps because McKay is not as convinced of the need for one as Lawwell was.

Perhaps because the manager himself prefers not to work under one.

We know that the club needs a football department fit for modern times but that can take several different shapes. I support the Director of Football model … as long as those above the manager recognise that they are there to meet his needs, and not to second guess what those needs are.

McKay is clearly a decisive man.

It takes a decisive man to look at pre-made plans and decide they are not worth a damn, and to rip them up and start again.

That’s not a man who will shirk from taking massive decisions.

Additionally, you might not believe him when he says that Ange is his man and that he was his choice, but you cannot accuse him of being afraid to lead from the front.

He could easily have palmed that decision off as something his predecessor had overseen – all he had to do was say it was a decision made jointly, and in accordance with the board – and the message would have been clear enough to most fans.

He has chosen not to.

McKay is a leader.

Did you notice that he talked about this as his “administration” the other day, as though he were an incoming president merely waiting on his inauguration?

This is a man who knows exactly what he wants to do and how he wants it done.

However we got here, this club is now moving in a fresh direction, and that’s why I am a little happier about things than I was a few weeks ago.

As impressive as Ange was on Friday, it was McKay who I was watching most closely.

He is definitely sharp, and so he knows how to convey the right impression, but he’s accomplished as well and so there is substance to his confidence.

He’s not just a numbers guy, he’s an ideas man. 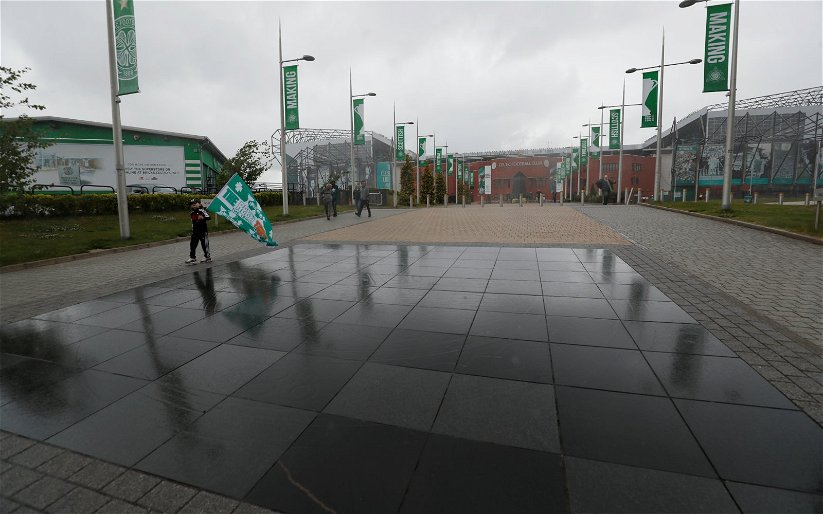 No Real Celtic Fan Produced That Occupy Paradise Leaflet. It Is Deranged.