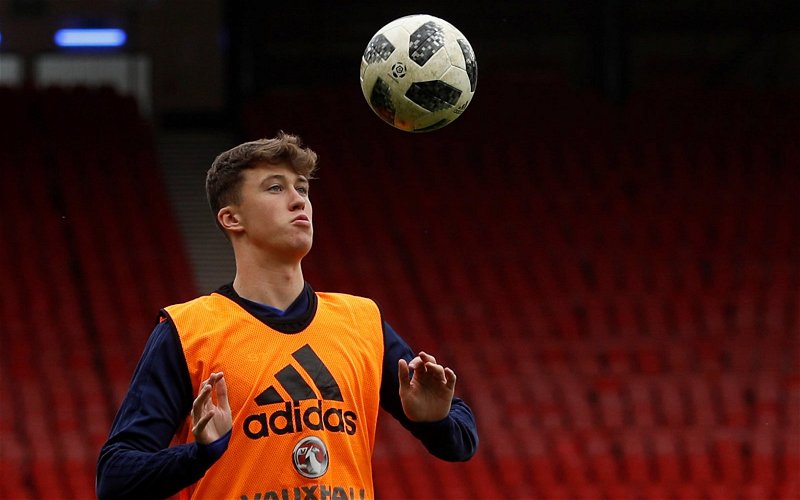 Edouard, Christie and Ajer are all tipped to go. Easy to comprehend why.

But where’s the logic in letting Olivier Ntcham leave for a nominal fee, when he could be playing one last season in midfield?

Letting Klimala go on the surface made sense.

But keeping Leigh Griffiths appears to make none.

Jack Hendry, sold to Belgium. Shved, coming back to Celtic.

How does all of this fit? On the surface of it, it doesn’t.

Except that underlying it all is something so logical it might otherwise have been missed; the ones who want to go – all of them – are being shipped out the door.

The ones who want to stay are going to be given their chance.

It really is as simple as that.

This is a guy who a couple of years ago was playing for Dundee. The move to Celtic was beyond his dreams. That didn’t work out and he was traded off to Belgium, and in an amazing turnaround it’s the best thing to happen to his career. They wanted him, but only so they could sell him on. English clubs wait with the big money.

Hendry probably couldn’t have been convinced to come back to Parkhead; he thinks that he’s on the brink of a move to a cash-rich league which will make him a multi-millionaire.

Celtic is a risk compared to that. I’ve given the club a hard time over it, but as days have gone by the beginnings of the plan have started to become a little bit clearer.

Postecoglou only wants those who are committed to giving it a shot at Celtic Park.

Bayo, Bolingoli, Shved, the other returning loanees … forgotten men or ignored under the likes of Lennon.

Griffiths, a player with a point to prove.

This manager knows what he wants from each of them and as long as they want to be at Celtic Park he will give them a chance.

This doesn’t mean they have long-term futures at Celtic Park … but it will be Postecoglou who decides that, not agents, no clubs trying to snap these guys up. He will analyse and then he will decide.

This might not seem revolutionary but for the past two seasons now we’ve clearly had players at the club who were simply not up for it.

This is a major change in tone and the first real sign that the manager is putting his imprint on the place.