Postecoglou Has No Idea What He’s Walking Into At Celtic Park. 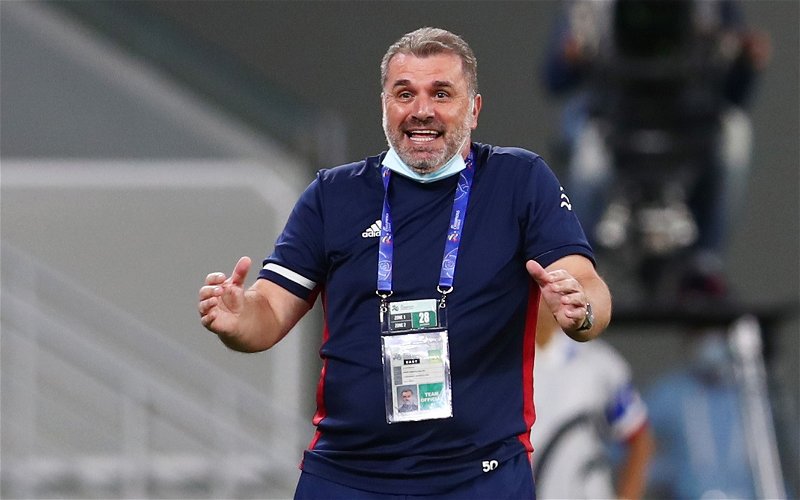 I never thought that the hiring of a manager from the Australian and the Japanese leagues would have me warning our fans about over-expectation. To me, this has all the hallmarks of a car-crash in the making. I knew that some fans would want to give him the benefit of the doubt. What I didn’t expect was that so many would be almost buzzing at the prospect.

A lot of people think I am overly alarmist. It wouldn’t be the first time that accusation has been made. It was made against me on 25 May 2019 when I castigated the hiring of Neil Lennon. It was said again as we edged into the last quarter of the 2020 campaign when I said that I thought a virus from the other side of the world might screw with our season.

I didn’t predict the future on either occasion. I simply looked at the objective conditions and drew a conclusion from them. It wasn’t a prediction any more than this is. I’m not saying that this will end in disaster, I am saying that from where I’m standing I personally can’t see it ending any other way. It’s a best guess, based on all the facts I’ve looked at.

But I might be wrong. Indeed, I hope that I’m wrong.

It might be that European football is a different environment than I think it is.

What comes to mind most when I think about what’s about to happen here is the grisly spectacle of the US Presidential Primaries.

Bear with me for a second whilst I lay this out.

To run for a state office in the US is a mammoth undertaking, with every state much bigger than the UK is. The people who do that, they must be good at politics, right? They must know their business.

An impressive record of running, and winning, state office is something to be proud of, especially if it’s a major one; a Senate seat, a gubernatorial race or a Congressional district. It takes stamina and a degree of skill that most of us will never be able to muster.

But you only need to look at Presidential Primaries to know that running a national campaign is a whole different thing. Professionals at politics, people who’ve been in the game for decades, get smashed in national campaigns all the time.

Some of them flare briefly and then drop out of the sky like a crashing plane.

It happens because there is no resemblance between a state campaign and a national campaign; these things exist within the same sphere, but on whole different levels from one another. The pressure is different. The scrutiny is different. The level of opposition is different. It doesn’t matter if you are brimming full of ideals and optimism; the harsh realities in those races have a way of crushing people no matter what level of talent they bring to the game.

I could write a book on the myriad reasons why some people succeed and others fail on that greatest of all stages. Part of it is stamina. Part of it is sheer force of will. You need to have a hide of leather and a brass neck to even try; even these things aren’t enough.

Ed Muskie, one of those guys you’ve probably never heard of, was a state official, congressman, governor of Maine and a US Senator when he ran for the Presidency in 1972. He was, by every available metric, superbly qualified to go up against Nixon.

But nothing he had done prepared him for the onslaught from the CREEP war machine, which spread rumours about him and attacked without mercy. The publication of a forged letter in his name – the notorious Canuck Letter, a creation of the Nixon dirty tricks team later uncovered by Woodward and Bernstein – absolutely destroyed him.

He broke down railing against it, during a press conference, in a snow storm, in front of the national media in the primary state of New Hampshire and was obliterated. The press said he cried; he claims that it was melted snow running down his face.

Whatever the truth, it was ruinous to him.

And that’s what happens to a lot of these guys; they think they understand how hot the spotlight is because they done it all beneath the glare back home. The real thing sears them to their bones. Some of them never run for public office again.

I don’t think Postecoglou has any conception of what he’s about to take on, neither the size of it nor the weight he’ll have to carry. One thing’s for sure, he’ll learn quickly. It’s whether he can stand up to it or not that remains to be seen.

He has to. Because he might be under the impression that he’s going to get time to find his feet, but that’s a misjudgement in and of itself. Even those who are saying “give this guy a chance” aren’t really going to do it. Oh they may believe that they will, but if they see this starting to unravel the goodwill and support is going to evaporate like beer on a skillet.

He has no idea who his players are.

All this fumbling about has left him little time to get to know them. All they know is what they’ve read and heard and if even a quarter of the team feels about this the way a lot of fans do getting them to “buy in” will be nearly impossible.

He has never spent money in his time as a boss.

Even if he had, he has no idea who’s available and what their qualities are. So his team will be assembled by someone else, and we suspect we know who, with little thought as to what a new manager needs with the focus on the balance sheet instead.

Any manager would struggle having to deal with a new club and a new culture, but how much of his destiny is even going to be in his own hands? I wonder if he has a full appreciation of what that means to his credibility with the supporters?

He has ideas. Every manager has ideas. He has a philosophy of the game. Football management is an idealist’s pursuit; it would be stranger if he didn’t. He has plans. Great. You know what the ancient wisdom about those is? “No plan survives contact with the enemy.” Mike Tyson put it more crudely than that. “Everyone has a plan until they get punched in the face.”

Well he is going to be hit repeatedly, and hit harder than he’s ever been hit before. Some of the hits are going to come from our own fans because apart from anything else he’s walking into a club which is divided and where the board is distrusted more than ever. On top of that, this country doesn’t love us, and he will not be welcomed with open arms.

Today his fans applauded him in the aftermath of a cup exit at the hands of a fourth tier team.

None of that will apply to him when he gets to Celtic Park; he’s walking into an inferno, alone and unprepared.

I understand that Celtic fans want to believe.

I understand that they want to give this guy a chance.

But people should not be getting carried away; this is a dangerous moment and a dangerous appointment, no matter how they try to dress it up.

His record is spotty at best.

To bounce up and down the league table like he has might be nothing over there, but here those kind of swings would get him sacked a dozen times over at any European club.

His lack of experience in the transfer market, and his lack of knowledge of the European game, is perilous to us when we have an entire squad to build. We have no idea if he’s even watched the team prior to this except to view Tom Rogic.

I cannot stress enough times how worried I am about the campaign in front of us.

Even with perfect conditions, a team already assembled and time to bed the players in, I have doubts about his ability to construct winning tactics against teams which put ten men behind the ball, having never had to do this before in his career, and how he’ll cope mentally and emotionally with a level of scrutiny he’s never before had to endure.

And to cap it all off, this guy has to uproot himself and his family and travel to the other side of the world, to a city where our rival’s fans rioted on the streets and where the CEO’s house was targeted in a firebomb attack.

We don’t even see those things as particularly abnormal.

I have looked at this from every conceivable angle.

I want so much to believe that there’s a miracle in the offing here, that this guy will dazzle us and stun European football.

I can’t, and because I can’t I can’t support this appointment.

I will support the man – he’s going to need it – but I cannot support hiring him or pretend that I do.

I am begging my fellow fans not to get too hopeful.

At least prepare yourselves for the possibility that this might go wrong, badly wrong, horribly wrong.

Indeed, I can’t foresee any other outcome.

I think this is the most ridiculous appointment that we have made since Liam Brady.