The Jansen, Venglos And Deila Comparisons Don’t Stand Up. Here’s Why. 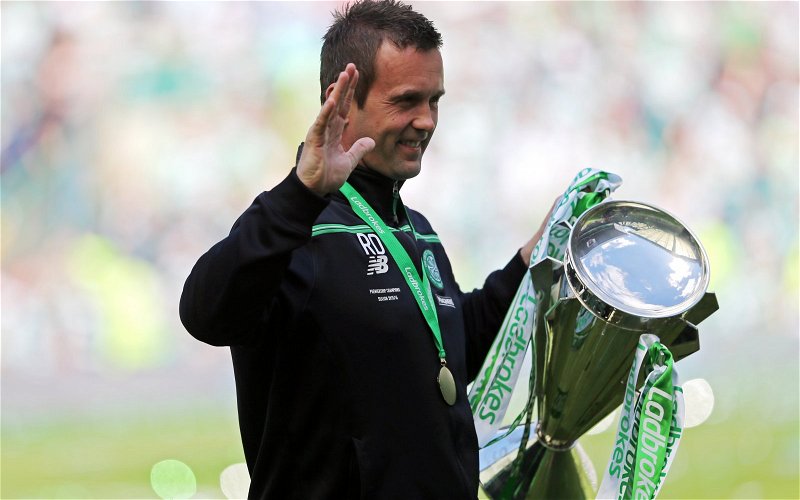 One of the interesting things about the past few days have been the number of people who’ve tried to spin the imminent hiring of the Australian manager because of previous signings and previous appointments in the dugout.

Particular attention has been paid to how these guys were maligned and written off before they’d even done a day’s work.

The latter two players were up and coming talents who a lot of clubs had spotted.

We moved faster, which is almost hard to believe when you see how ridiculous we look right now.

Lubo wasn’t some lost soul; he was a known quality who had made a good living in French football … these days nobody would have missed Lubo, and in fact we might never have gotten near him.

No player signing has ever been as important as the decision we’re facing now, and you could argue, in fact, that only appointment in this generation has ever been as critical. It was the Jansen one, which has led to a lot of these conversations being had.

Jansen’s appointment is acceptable in hindsight because it was successful.

But at the time few fans had any belief that it would come off.

Few fans believed that it was a good idea.

It was not just the media bombarding him, as many would have you believe.

On top of that, Jansen’s one-year tenure teetered on the brink of disaster several times.

We dropped points in a lamentable 14 games out of 36 that season; we won the league by two points, but that dry summary doesn’t do justice to how close it actually was.

In some ways, Jansen justified the reasons he was in a backwater in the first place.

He had two Dutch Cups with Feynoord, and that means he was a more credible figure than Postecoglou, but there were obvious reasons why he wasn’t managing in a top league.

Those issues became clearer the longer he was at Celtic.

Fergus was supposed to be furious that Jansen refused to plan for the following season, and was appalled by other facets of his attitude.

So why did Fergus hire him in the first place?

Because although our fans were utterly focussed on ten in a row, the owner never was.

He had a whole club to rebuild and he thought that a manager from Dutch football, with those ideas, was a better bet than some British manager with all the limitations most of them had at the time.

Having succeeded in stopping the ten, Fergus was even less interested in convention and in an appointment to appease people the following year. He wanted a technician as manager, someone with oodles of experience and a readiness to teach people around him.

Venglos had a hugely impressive CV, although with fewer trophies than the Aussie. He had been a national coach, and got a third place at a World Cup. He had won titles twenty years before. The Aussie’s first titles were 20 years ago.

There’s more to support the Venglos comparison than not, but the truth is that Fergus was still building something and trying to find a coach who’d put the right principles into practice.

Amazingly, it was a local – Tommy Burns, of course – who urged us to adopt the Ajax model and wanted to build the club around youth.

But it’s why Venglos was hired.

Fergus was building from nothing.

He knew exactly what he needed to do to bring our club to the level he wanted it.

He would have sacrificed on-field success to get that job done. He knew there were more important things, like building the club we thought we had until recently.

The suggestion that this is a Deila appointment is even more ridiculous.

We appointed him because we wanted to progress the club at a time when there was zero risk to us in making a revolutionary appointment.

It was colossally bad decision making to have approached the guy who we had tabbed as Lennon’s assistant, and although I refuse to defend the appointment on account of the lazy nature of it I am grateful for the changes that it brought.

But we had the luxury of a relatively open field in order to conduct that experiment.

Fergus was building from nothing and didn’t care if we won things as long as the future was secured. Deila was appointed when we were presented with an opportunity to radically overhaul the way the club worked in the knowledge that we had no major rival.

Aside from Jansen, Venglos and Deila were zero risk appointments in a way.

And Fergus didn’t calculate risk and reward the same way the fans did anyway.

We should be building from strength here.

We should not need to have a whole club to rebuild as if we had spent years in the doldrums.

It was gross mismanagement to have us in this state even before the events of the last few months.

But facing such a job, and with a will drilled opponent, and a Champions League bounty of nearly £40 million waiting for us on the end of this campaign it is an outrage that we are pissing about in this bizarre fashion and inexcusable that we are about to appoint this man.