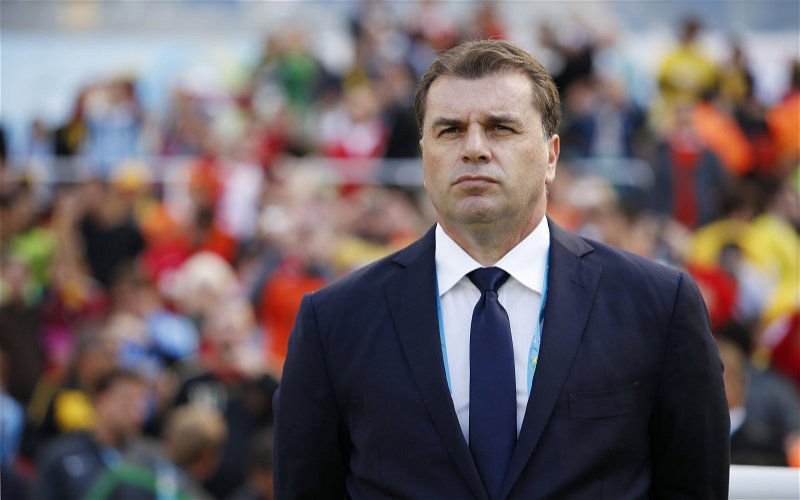 Ange Postecoglou is a name that many football fans outside of Japan and Australia won’t recognise. However, the Greek-Australian manager has been making headlines as he has just been appointed the manager of Celtic.

The manager has been enjoying the game in Japan for the past couple of seasons, as the man in charge of the Yokohama F. Marinos. However, this morning he traded Japan for Celtic Park. Here is what you need to know about him.

Like most managers, Psotecoglu had a fairly average playing career. He stayed in Australia, playing for South Melbourne, making 193 appearances, and finishing his career at the semi-professional team Western Suburbs.

He also played for Australia internationally, playing for the U20 side, as well as the first team, making 17 appearances overall with one goal to his name in the U20 team. He is a very well-known figure in the world of football in Australia.

While he did have a fairly long playing career, Postecoglou has gained almost all of his notoriety through his managerial work. He has coached South Melbourne, the Australian U17 and U20 team, as well as their first team, Greek outfit Panachaiki, the Brisbane Roar, Melbourne Victory, and until yesterday was the man in charge of the Japanese team Yokohama F. Marinos.

Postecoglou has seen success during all his stints of coaching. At South Melbourne, he led his team to NSL Premiership victory, two NSL Championship’s, and an Oceania Club Championship in 1999.

After his stints with the Australian youth teams, he helped the Brisbane Roar win the A-League Premiership in 2011, and the A-League Championship in the 2010-11, and 2011-12 seasons.

His last title came in 2019 in Japan, when he led the Marino’s to a J-League victory, their first title win since 2004. While he does have proven ability in the Australian and Japanese leagues, the Scottish league is a whole different monster.

Why Have Celtic Chosen Him?

Many Celtic fans and pundits have expressed immense surprise at the club going for the manager. There was a lot of talk about Eddie Howe, the former Bournemouth manager, making his way to the Scottish giants, but the board shot itself in the foot by waiting two months for him to make his mind up only for talks to break down.

While Postecoglou does have coaching chops when it comes to youth teams, his inexperience at the level that Celtic is at is something that many are worried about.

The site’s editorial today, by James Forrest, says it is “the biggest managerial risk this club has taken in more than three decades.”

The same thing was said about Ole Gunnar Solskjaer when he was made the top man at Manchester United, he hadn’t coached any team at the same level of United, even though he has had success as a manager before.

At the moment, it isn’t very clear why Celtic have gone for him over someone more in the Eddie Howe mould; a lot of fans think they must know something the rest of European football doesn’t, as these aren’t supposed to be stupid men who would take decisions that would huld hurt the institution.

What Can Postecoglou do for Celtic?

Considering he is a completely unknown entity in European football, what he can do for Celtic is just as unknown, however, that doesn’t mean he has nothing to offer.

He has been a manager in demand in Asia and Australia since 1996; you don’t get to that point if you are useless.

Maybe Celtic have gone with a manager completely out of left field because they want an approach that they haven’t had before. They want to change their game up to the point where it is unrecognisable, and then get back the heights that the club from Ibrox have taken over.

This is probably the biggest and best thing he is going to be bringing to the club, a new approach, a vastly different approach to what they have had before. There is a lot of risk involved in this obviously.

Going with an unknown manager can only go two ways, really well, or really poorly.

Hiring Postecoglou could actually be a stroke of genius by Celtic, as they think he is the one they need to be revitalized.

While assessing the hire is pointless right now since he hasn’t yet even taken a day’s training, Postecoglou’s appointment says a lot about the direction they want to go as a club.

It is certainly a radically different one … and only time how Celtic move forward with him in charge.