Ajeti Is Grabbing His Chance For Celtic. Others Need To Step Up Their Game. 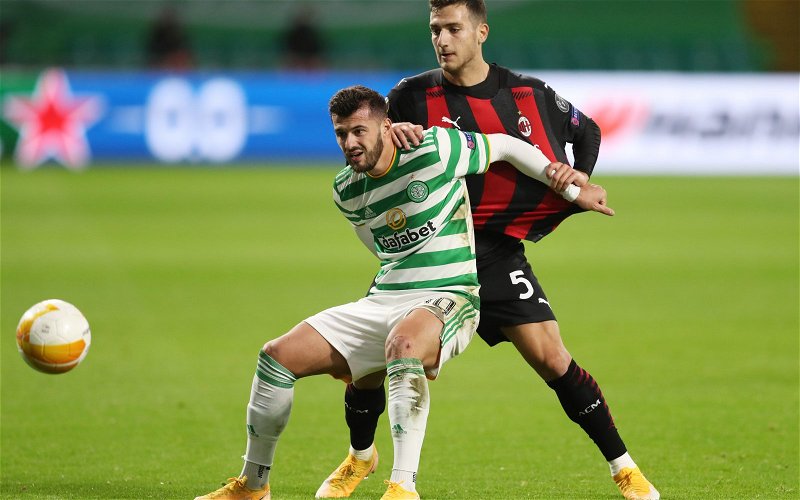 The first today was excellent, and you saw exactly what Ange is trying to do with this team.

The second half was more ordinary, with less intensity.

You saw in it that a couple of these players would rather be negotiating their next deal, elsewhere.

I don’t want to give Ryan Christie and Olivier Ntcham too hard a time.

Christie is closer to the exit than the Frenchman is, and looks as if he can’t wait to get there.

Ntcham is going to have to hang around a bit longer.

He might be at Celtic Park for the whole of the next campaign, and if he wants a career at all he’s going to have to step up to the mark.

Ange was right to highlight the dismal second half.

He was right to say that we need to improve “everywhere.”

It was refreshing to hear a manager be honest about this stuff rather than doling out praise like confetti.

If we’re poor a manager should be saying that, without, of course, going overboard as Lennon sometimes did.

There are some players who are still well short of the level we want; that’s partly because we’re just back playing and partly because some just won’t run through walls for this club anymore.

There are no such issues affecting Albian Ajeti, who is two for two now and does look well up for the fight.

He’s grabbed this chance and is determined to show the manager – and all the rest of us – what he can offer to the club, and his attitude should be embraced by others.

I know the manager likes Soro. He has to.

There is a player who is definitely willing to run through walls for us. I cannot fathom what we were thinking living him on the side-lines for as long as we did. He is a great player who is only going to thrive under this guy.

I liked how our young wingers played in that first half, and it’s especially pleasing to see young Dembele getting on the scoresheet. It’s high time that bhoy staked his claim, and he’s the second player in two games to play wide right and get a goal and put on a show for the manager.

I’m not suggesting we forego a signing in this area … but if we sign a project player for the right hand side of the park we’re doing a disservice to our own youth players.

I’ll do a fuller piece on the playing style later, but you can see something taking shape.

The manager has a keen idea of where he wants to go … we just need the players to implement his plans.

We’re short there too, at the moment, so people better be busy behind the scenes.