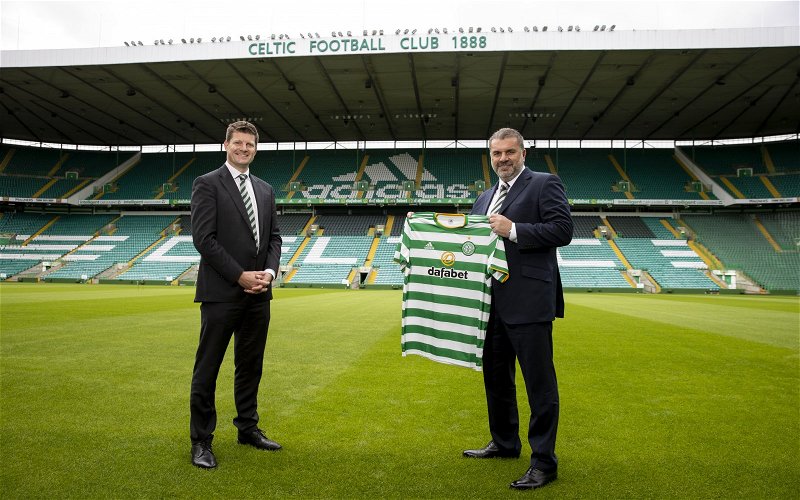 Why does it take us so long – so painfully long, so expensively long – to get basic transfer business done? Why do Celtic drag every deal out? We know that Lawwell had a penchant for trying to “drive a hard bargain” but that really doesn’t explain all of it.

It’s been clear to me for a while that part of Lawwell’s problem was split focus. He was a control freak, and that has been dreadful for Celtic and inhibited our ability to think and act quickly, or with the long term interest in mind.

What we had here was a CEO who interfered in everything that happened at the club.

I’ve spoken to people with first-hand knowledge of this and they say he exerted too much control over the little things, and even when he delegated he would often, metaphorically, be peering over the shoulders of those he had “entrusted” to do the work.

The problem with trying to focus on everything is that it can often lead to gridlock … everywhere. Someone with Lawwell’s responsibilities needed to be able to properly allow others to shine within the structure. The structure itself should have been built for maximum efficiency. At Celtic that seems like an alien concept, and especially right now.

I think Lawwell always believed that he was the smartest guy in the room and thus the best person to do whatever job happened to be in front of him.

Think about the responsibilities that a normal CEO has.

Add to that ECA responsibilities, SFA and SPFL roles, transfer negotiations, fan liaison (when he could be bothered) and the tons of other stuff that Lawwell did which he really shouldn’t have been involved in.

Has McKay been convinced that this is the way the club needs to be run?

This is why we need a director of football, it’s why the role is massively important to us, because one person cannot possibly be expected to cover the ground the way Lawwell used to think he could.

Too many things got away from us because that guy, like all of us, only had so many hours in the day.

I live in one of those areas which doesn’t have high-speed internet access. I get by on bog-standard broadband. It’s why I haven’t branched into video and podcasting yet, because I’d spend most of my time waiting for things to upload.

As an avid gamer in my spare time, I find that my gaming systems are always trying to download updates and patches and so I find myself queuing them in order of priority, because doing them all at the same time would lock up the internet I need to work and take forever. So I download them one by one, based on what I think the priority ones are.

I also download things overnight when everything else is off and I’m asleep.

Time and resource management are basic skills … yet so many people think that they have the ability to multi-task everything.

But over the long haul it does not work.

All of us are operating with limited bandwidth, that’s the truth of it, whether it’s working hours, or time we can devote to our leisure pursuits or whatever else it might be. None of us can do everything at once, no matter how good we think we are.

This is why Celtic needs the proper organisational structure.

When you think of the mess that McKay has inherited is it a wonder transfer business is being dragged out? We may think of it as the most important task – to be queued at number one – but in fact, he has a wealth of responsibilities which, according to his job description, are even bigger.

But if he had a director of football already in place he could have handed over all operational matters related to the team to that guy and the manager.

Ange, if you’ve listened to him, finds himself drawn into the background side when he’d rather be focussed on his own most pressing business, which is working with the team.

He knows about split focus, and he wants to avoid it … but he also knows that unless someone is in the room banging on about his and the team’s priorities, there’s a danger that the business just won’t be done in time for him to get what he wants and what the team needs.

In the short term, this is how things at Celtic are going to work it seems, but the need for a permanent structure which can avoid this stuff in the future is growing more obvious by the day.

McKay wants to take his time deciding on the structure, but even he must know that it just makes good sense to have something in place which takes some of the weight off his own shoulders.

If Lawwell has advised him to keep control at the centre, then it’s bad advice and hopefully he’s already beginning to understand that.