Sviatchenko’s Comments Echo The Fears Of Celtic Fans With Regards To Our Coaching. 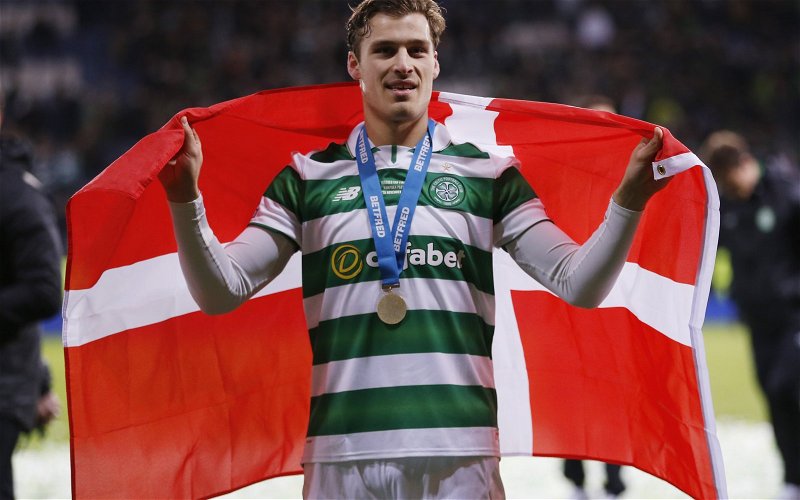 In the aftermath of last night’s game, one of the most searing verdicts was that of our former player Erik Sviatchenko who described our team as “out on their feet” in extra time.

It was obvious from about the 70th minute that if the game were to extend beyond the 90 that the home side looked the more capable of handling it.

We’re nowhere near where we should be in terms of fitness and sharpness yet, but I thought we would be fitter and sharper than that.

This, after all, is the manager who preaches this stuff like a mantra.

His “we do not give up” philosophy is based around running until it’s the opposition who drop with exhaustion.

Last night, we ran ourselves into the ground instead.

It automatically makes people worry when we see that, and especially we look at who he shares a dugout with, because that looked an awful lot like a Lennon-Kennedy-Strachan Production last night, with the players looking weary and bereft.

Ange has made a major mistake in leaving these two in their jobs, because as far as their credibility goes it’s already shot. At Celtic, people are great at talking a good game but not so great on delivery.

McKay has said he wants us to be a world class operation, but that’s hard to accept when you look at our backroom team, failed men still clinging onto their jobs.

When you couple that with a transfer strategy so slow that Lawwell might as well never have gone, it makes it difficult to imagine the club moving forward in the kind of decisive manner we all know is necessary here.

The retention of this coaching team is a signpost which virtually screams at you that no real change of thinking has taken place inside the walls.

Now, it may well be that Ange has changed things up enough behind the scenes to negate whatever negative drag there is on our club as a result of Kennedy and Strachan being at Lennoxtown, but I don’t think it’s even remotely in doubt that there are better coaches out there. If the manager has to drag these two to his own level why are they even in the building?

Right now, this team looks nowhere near capable of fulfilling Ange’s lung-busting vision for it, and whilst we all accept that these things take time, many of us worry that they aren’t going to happen any quicker whilst the coaching team around him is comprised of these two men.

Both of them should have departed with Lennon.

They were part of his fiasco, and their continued employment reeks of a mentality inside Parkhead where nobody feels accountable. Nobody at the top of the football department should have been spared the axe after that abysmal campaign; retaining even one of them makes you question our overall standards because it refuses to punish abject failure.

Lennon, himself, in his every public utterance, still moans about how he was ill-treated and should have been given more time. It is amazing to me that only Lawwell, of all people, realised his position was untenable and acted accordingly.

Erik Sviatchenko worked under two Celtic managers who emphasised fitness above almost all else. He knows what a drop in standards looks like and he was unsparing when he spoke last night about the way our players seemed so lacking in energy.

With a lot of focus on the players we don’t have, it is important to focus on what’s happening with those that we do. We need to see some vast improvements in these guys or very real questions will need to be asked about why.