The Ajer Transfer Fee And Celtic’s Spending Has Shocked Ibrox Fans To The Core. 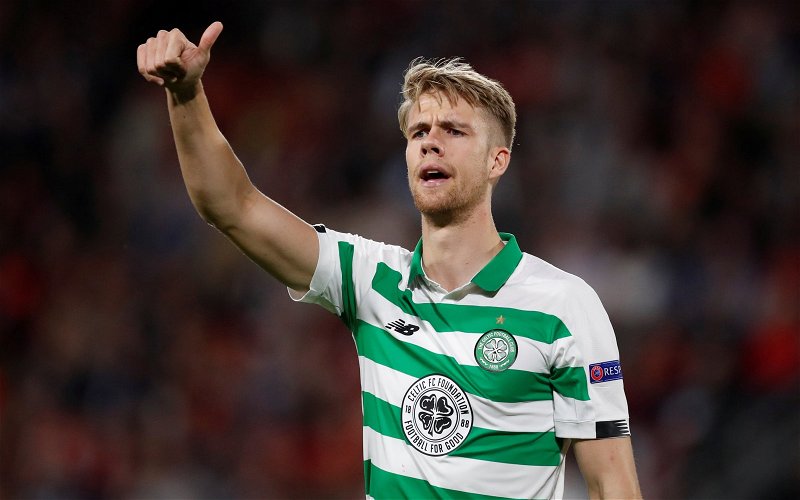 Just the other week, as the news broke that Celtic had, in fact, sold its full allocation of season tickets, I wrote a piece which said that this news had stunned those at Ibrox who believed that our club was circling the drain due to global health crisis and the expectation that King’s “house of cards” prediction was coming true.

That announcement secured funds for the manager and revealed that our supporters were every bit as good at coming through for the club in an adversarial situation as the horde across the city had been at coming to the aid of theirs in their attempt to build something from their Third Division start.

Celtic fans responded out of loyalty and love. It was the last thing they expected over there.

Two wide players have been purchased for a combined fee of more than £7 million, and this is before Starfelt jets in for another £3 million. This money was already in the budget, due in no small part to the devotion of the Celtic support and the sales of Klimala, Bayo and Hendry.

The real prize is yet to be snared; Kris Ajer will depart the club this week for £13.5 million in initial cash, with add-ons to come later, not to mention the certainty of a hefty sell-on clause.

Edouard is most likely to follow him for another eight figure sum.

Far from being skint, which is what Ibrox’s fan-base had hoped for, Celtic is both awash in money and apparently willing to spend it. There’s nothing like necessity for getting people motivated.

That and the guaranteed windfall for wrestling back the title.

Months ago, this website looked at the likely cash the new manager would have at his disposal if we sold out our season tickets and sold the want-away players; I thought it would be substantial and so it seems it will be.

It’s not out of the question that this campaign might see a record spend … and the most amazing thing about that is the chance it’ll be revenue neutral; in short, we can probably rebuild this team without even risking going into debt.

This is a million miles away from the dark vision being outlined on the fan forums over there, where half of them were convinced that we were already nearly bankrupt and that the choice between not rebuilding this team and risking our very existence by doing so would propel us in one or the other dire directions.

Neither of those things was ever going to happen, and if the past week hasn’t convinced them of that then the next few weeks most certainly will.

The Ibrox club exists in a world of grand illusions.

For years now they have struggled to generate interest in their players, and “holding out” for the fees they think they deserve has become just another way of saying “scaring people off with unreasonable demands.”

In the meantime, Celtic continues to command large fees for players, even when those players are in the final year of their contracts and have made it plain they want to leave.

There were people who thought we’d be lucky to get mid seven figures for him … that we’ve secured the kind of deal we wanted is a triumph for those inside the club.

Even better is the targeted, disciplined way we’re going about rebuilding the squad; Ange Postecoglou definitely has a better vision than that of his predecessor and is after a better calibre of player by far.

The complete collapse so many predicted is as far from coming to pass as it ever was … our club remains, fundamentally, the strongest in the country.

If we’re finally, again, starting to act like it we’re going to leave them in the dust.