A Frustratingly Toothless Celtic Performance With Echoes Of Lennon And Kennedy. 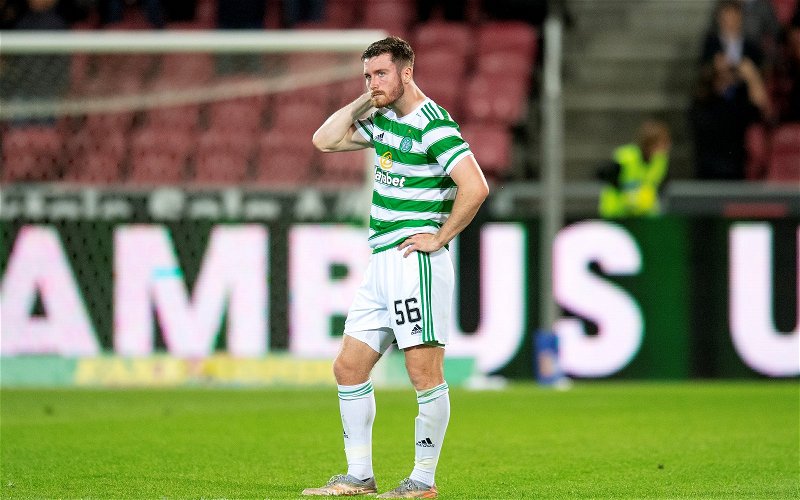 That was a dreadful display today. We failed to show up for business until late on, and although we defended well, with several brilliant performances, we’ve lost again to this lot and from a set piece goal.

No blame to anyone at the back; it was the rest who let us down.

David Turnbull needs to toughen up and learn how to play with someone in his face.

Edouard has surely played his last game for the club and I no longer see any merit in keeping his around. When you need a player who will go the extra mile he is not going to do it for you.

I think we’ve passed Peak Edouard even if he were to stay and sign a new deal, which he won’t.

I thought the manager waited too long to make the changes, but the balance of the team looked much better when these two were hooked.

Abada looked like a 19-year-old in his first truly big test; he will improve, but Ryan Christie worked hard without being able to impose himself on the game.

Which brings us to Kyogo, who has superb talent but not on the wing.

The dismay I felt watching that was nothing to do with the result; this season has a long way to go and we’ve got new firepower coming in and there are a fair few bits of business to be done in the market.

We are going to hound this lot every step of the way, and when the chance presents itself we’re going to overtake them, put them in the hole and tramp the dirt down.

No, what dismayed me today was how so many players, when faced with the pressing of the home team, retreated into stupid decisions, negative passes and unforced errors. There was none of the intensity going forward that would have given the home team genuine nightmares. The decision to play Kyogo wide left was dictated by personnel as much as tactics, but it was the wrong one.

He is Scotland’s outstanding forward and there he should play.

That reminded me too much of Lennon style football; that’s why I wasn’t happy.

Abada and Kyogo were played wide instead of hovering on the edge of the box.

That blunted their effectiveness and their attacking strengths.

I wrote last week that Ange’s team plays a system more akin to a 4-3-3 than a 4-2-3-1 … today, unfortunately, and for reasons passing understanding, that’s how we tried to play and every weakness of that creaking system was exposed yet again.

We restricted ourselves to the utterly self-defeating tactic of lugging a ball into a packed penalty area, a tactic tested to destruction time and time again last season.

Whoever Ange listened to on that one should be hoisted out of Parkhead with the rubbish tomorrow; that was as far from his own style of football as it was possible to get.

Where was the aggression and the running and the 90 minutes “we don’t stop” football?

It’s the reason our shots at goal ratio fell through the floor today.

We barely got one on target against a rookie keeper, and that’s why I am incredibly frustrated at the end of that match.

So what did we learn? Some work on the squad still needs to be done. James Forrest would have been much more direct today than Abada, that’s a failing of experience more than talent. We’re covered on the right.

But Kyogo’s effectiveness is inside the penalty box and I’d like to think that we’re going for a player on the left side of the pitch, whether Christie is leaving or not, because it’s where we really need one at the top end of the pitch.

James McCarthy’s injury has robbed us of an early chance to see how he changes the dynamic of the team; when he and Callum are playing together I’m quite sure we can use Turnbull as a better attacking weapon, but he was too weak to play in a battle like today.

Playing Christie alongside him showed us that we still need a commanding ball winner.

I am disappointed, but not disheartened.

The addition of the Greek striker means that the reliance on a half-hearted Edouard is removed one way or another.

If he stays he’ll find himself riding the bench until he decides to give us more.

We probably need another option wide left whatever happens next.

Fortunately, if Edouard goes the money will be there to do some additional business and looking at the bench today you can see where we need it.

Hugely, hugely frustrating day … but we dust ourselves down and move forward.