Celtic’s Players Need To Push Themselves Harder To Become The Best They Can Be. 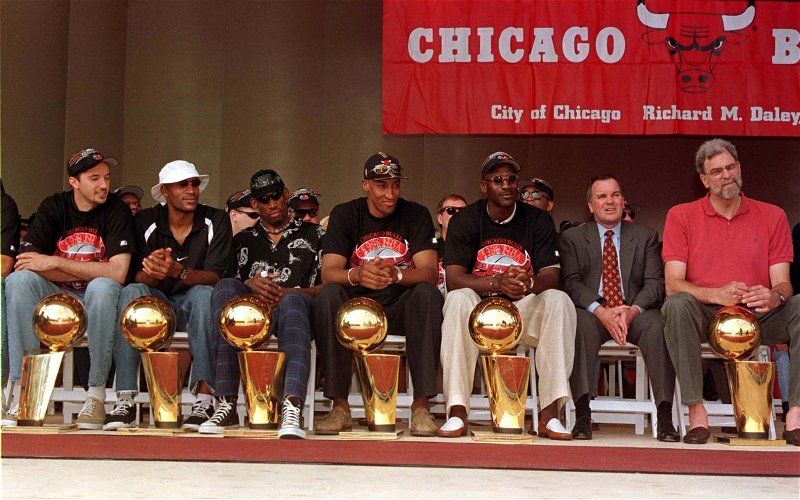 I thought we played well yesterday.

I thought if we’d put Kyogo through the middle and had just a little luck we’d have won the game quite comfortably.

But there are a few obvious issues with our team which still have to be solved, and one of them in our midfield.

I thought the midfield looked a little lightweight yesterday.

I love David Turnbull as a footballer, but there are times when you need a warrior in his position and so far he isn’t that. But there is an answer to that problem, and quite an obvious one; Turnbull needs to develop into that player.

I think it’s all that’s keeping him from the very top of the game.

Recently, I watched the outstanding Netflix documentary The Last Dance, about how the Chicago Bulls dynasty was built, and then broken.

The episode I found most fascinating was, I think, the third one, after they had failed for the second time in a row to win the Eastern Conference, being beaten by their then-rivals the Detroit Pistons.

They ran the Bulls ragged and when they weren’t outplaying them they outmuscled them.

That summer, instead of the players all heading home for the break Michael Jordan suggested the Bulls team train.

They all hit the gym, lifting weights and bulking up. The following season was a blow-out. Not only did they crush the Pistons in the Eastern Conference play-offs but they went to the NBA Finals and beat the LA Lakers for their first title.

The thing is, other than Jordan’s suggestion, nobody had to tell these guys to do it.

They knew where they had come up short and they knew what it was going to take to get to that next level and every one of those players individually, and collectively, made the decision to make that push. If the club had tried to mandate it they would probably have rebelled … they strove to be the best, they wanted it more than any other team, and never looked back.

Our players need to have that relentlessness, that focus, that drive, that will to succeed.

They need to push themselves to new limits, to strive to do more. Turnbull, in particular, would come on leaps and bounds by working on his physical strength and becoming harder to shift off the ball. He is already a superbly talented player.

It would be a game changer for him.

Let’s be clear; there is not the least doubt about Turnbull’s abilities or his mentality. When you consider what he went through to become a Celtic player, an entire year of rehab, you can tell that this guy has that kind of willpower.

Channel it into an all-consuming desire to be the very best and nothing will stop him from getting there.

There are other players in our team who could do with thinking along the same lines; I guarantee you that if Edouard goes to England in this window that he will look physically different three years from now.

The first thing they will do is make him more imposing, all the better to take on EPL defenders with their size and strength.

The truth is, he should have been doing that already. Edouard is a big guy, but he’s not muscled. If he had put a little extra weight on, a little upper body strength, he might not so easily have been brushed off the ball at times yesterday.

He might have had more stomach to compete for those 50/50’s.

No club which signs him will get the best from him until he does.

For Edouard yesterday, I think it probably was the last dance.

Other players will be at Parkhead way beyond the immediate horizon.

They could do worse than take a leaf out of the Bull’s playbook.

That summer was the best they ever spent as a team.

Our summer is over, but footballers have a lot of free time on their hands.

What harm can it do to put a little extra strength in their arms and their bodies?

If someone at Celtic isn’t thinking along those lines already, this would be an excellent time to start.