Charlie Nicholas Again Demonstrates That He Knows Nothing About Celtic At All. 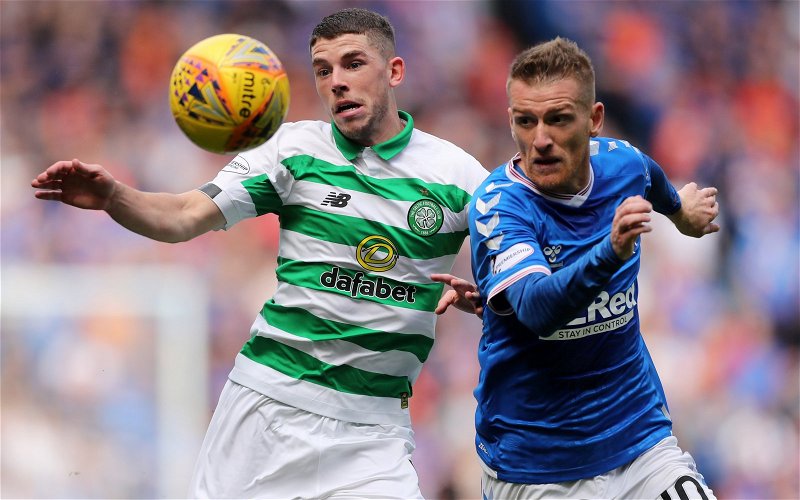 Charlie Nicholas. A name to make people roll their eyes.

In the week where I praised McAvennie for proving the Broken Clock Theory it would have been really something if Nicholas had said something sensible as well. Alas, that was not to be.

For both of them to have done so in the same short timeframe would have been like watching a total eclipse. But Nicholas let us down because his contribution to the Ryan Christie debate was amongst the stupidest he’s made, ever.

In order to keep Christie we might have sell players.

He even had suggestions; Soro and Griffiths. Why he picked those guys, specifically, rather than someone else we’ll never know. They were probably the first two that popped into his head.

The idea that we couldn’t afford Christie’s wages until we got rid of more folk from the wage bill … where does he get this stuff?

Does that man know anything about football at all?

Even when we sign the right back we’ve been waiting for, we’ll be largely revenue neutral for this window, when you take into account the Ajer fee and those smaller sums we’ve brought in for other players.

Indeed, as it stands we’ve got a player trading surplus.

On top of that, we’ve probably cut the wage bill because of the sheer number of players we’ve been able to move on.

This has always been part of the problem with Celtic; we have too many players on the books who aren’t making a contribution and although it gives the appearance of a club with a strong squad, many of them weren’t in the running … but all were taking a wage. Moving these guys on has probably saved us a fortune.

We don’t need to sell in order to up our offer to Christie; we only need him to be realistic and for our board to be willing to go an extra yard to get it done.

But the resources to do it are there and only someone totally divorced from any understanding of Celtic doesn’t actually know that. Does he pay a blind bit of notice as to what’s going on at Parkhead?

On the evidence of this, the answer is no.

Really, Nicholas doesn’t have anything to contribute to the debates going on around Celtic.

His uninformed idiot opinions really bring nothing to the table.

If he’s going to keep on banging on about us – and apparently he is – maybe he should do some basic research on the club and try and keep up with what’s happening in around it.

That might improve his chances of ever actually hitting the mark.