Regardless Of The Role, Gordon Strachan Should Not Be Near Any Job At Celtic Park. 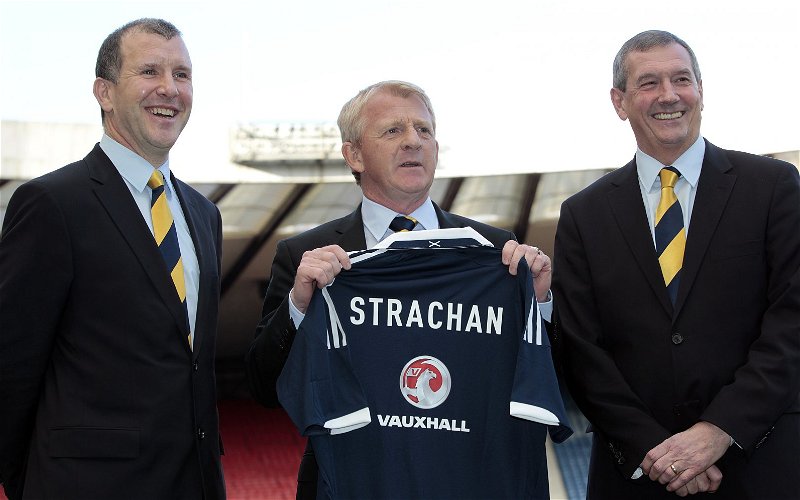 There is speculation – and that’s all it might be – that Gordon Strachan is on the brink of a “sensational” return to Celtic, as some kind of overseer of coaching. I sincerely hope that this story is as ridiculous as it sounds. Strachan shouldn’t be near any such position.

Gordon Strachan is a former manager turned pundit. Giving him some sort of roving commission at Parkhead and Lennoxtown only blurs the lines of authority and wastes resources. The role is supposed to involve “player development.”

We hired a guy for that. His name is Ange Postecoglou. His record of player development is extensive, on the record and far more impressive than Strachan’s history with it. I remember him signing an awful lot of players. I do not remember him developing even one.

There are two Strachan’s at Celtic Park already. Are we a charity for people who can’t get a gig elsewhere? The kind of role that seems to be envisaged here is far bigger than anything Strachan has ever done. It needs an expert, it needs someone qualified and the ability to crack wise on the telly is in no way a qualification for a post of that size.

The report suggests that because he’s been working as the technical director at Dundee for two years that he does have that experience; that’s absolute cobblers.

Celtic needs innovators and forward thinkers, people on the cutting edge of the game, not some dinosaur more comfortable in a TV studio. I cannot imagine that this relic of a bygone age in the game has any “radical ideas” to impart.

This would be a shocking backward step, with the reek of the clubhouse about it, an old boys network instead of a thrust for excellence.

It is the last thing Celtic must do, and if Dominic McKay is seriously going to approve this then the next time he sits in front of the fans he’s going to have to square this retrograde appointment with his talk of modernisation because if he thinks this is a step in that direction then perhaps he’s living in the wrong century.