Celtic Benefits When Our Former Players Show What They Can Do. 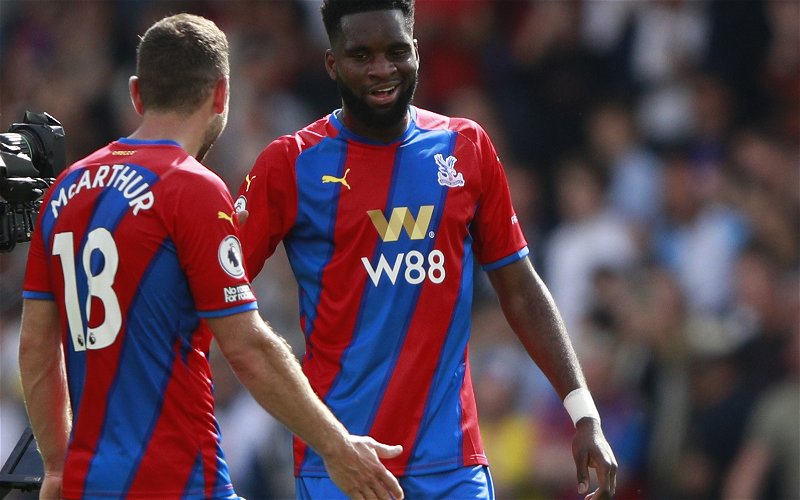 Yesterday Odsonne Edouard showed us just how little he cared in the last few months at Celtic, when he scored twice on his debut for Crystal Palace.

There was once again, after all the lethargy and lack of effort which was evident when he was there, the player we were hailing not that long ago as the best striker our club has had since Larsson.

There was never any doubt what Edouard could do.

The doubts were over whether he had sufficient motivation to do it in a Celtic strip.

I was glad that he scored twice yesterday. It vindicates our decision to take the money rather than leave him hanging around Parkhead until his contract ran down. He would have offered us nothing and that’s what we’d have got for him.

Edouard did us a favour in more ways than one when he got those goals yesterday. He proved again what we all knew already; Celtic is a club with a good record of developing talent. Under Ange that reputation can only be enhanced.

That reputation will continue to allow us to sell players to the English marketplace for vast profits. That reputation helps us do what those at a certain other club find it impossible to do. Not only have they failed to secure decent transfer fees for the dreck they have managed to get off the wage bill, but only one – Billy Gilmour – looks like he could play at the top level.

Palace is clearly only a stopping off point for Edouard. He can play for a much bigger club, and if he continues to perform like this the move will come sooner rather than later. Celtic will certainly have a major sell-on clause in the deal. It’s all good.

Whilst I don’t obsessively watch every player who leaves our club (I genuinely don’t care that much once they’ve gone) whenever I hear that one has down well I mentally raise a glass to the way our reputation is enhanced just a notch.

There are no downsides to that for us. Quite the opposite, actually.