Celtic’s Portuguese Bhoy Is Probably The Most Exciting Signing Of The Window. 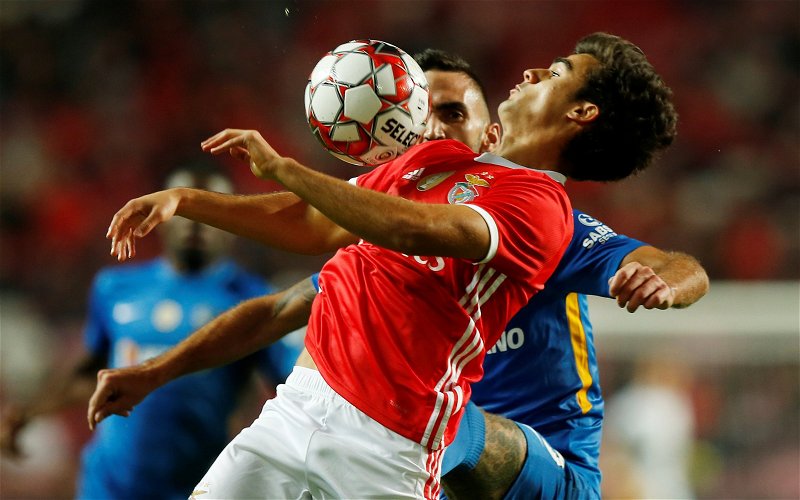 The window was a good one for Celtic, and it has given us options where we once didn’t have any.

This is especially true in the wide areas and up front, where we have more firepower than I’ve seen at Celtic in a while.

Kyogo and Abada have already dazzled us.

The big Greek striker should make a major difference. But it’s Jota who most excites me.

There are times in football where you just get lucky as a club. Sometimes real quality comes your way who under different circumstances you wouldn’t get near. Jota gives me every impression that this is going to be one of them.

When I watch the video footage of this guy and read about how highly rated he was not that long ago I harbour the suspicion that the best thing that’s happened to us in a while is that he went out on loan to a relegation battler.

Had he gone to a team that played expansive attacking football in an effective way I don’t think we’d have got near this guy.

Now we have to parlay that good fortune into gold.

Even his future transfer fee, and the size of the sell-on clause, suggests that there’s something special to be had here. It’s an even bigger clause than was in Eddie’s deal, which is a measure of how highly rated he is.

I am surprised that Benfica are including a future transfer clause.

This, if you’ll pardon me a moment of humour, is their Jack Hendry moment.

He has great first touch, a lot like Kyogo. He can score goals too.

We have a lot to look forward to in the coming weeks.

We’ve not seen him or Giakoumakis, and fans will be eagerly awaiting the opportunity to do so. The weekend’s game is exciting for that reason, but as much as I’m looking forward to watching Holland’s top scorer from the last campaign I’m really dying to see our bhoy from Benfica.

His performances for the Portuguese Under 17’s and Under 19’s have earned rave reviews, and the attention of some much bigger clubs.

Like a lot of other tremendous young talents, lack of games has set him back some.

But he’ll play for us, as he played in Spain.

If Ange can unlock even half of his talent we’re on a winner. His pedigree is perfect. The only reason we’re getting near him is that Benfica chose the wrong club to send him to last season. With our style of play we are a much better fit.

I really believe this is going to be something to see.