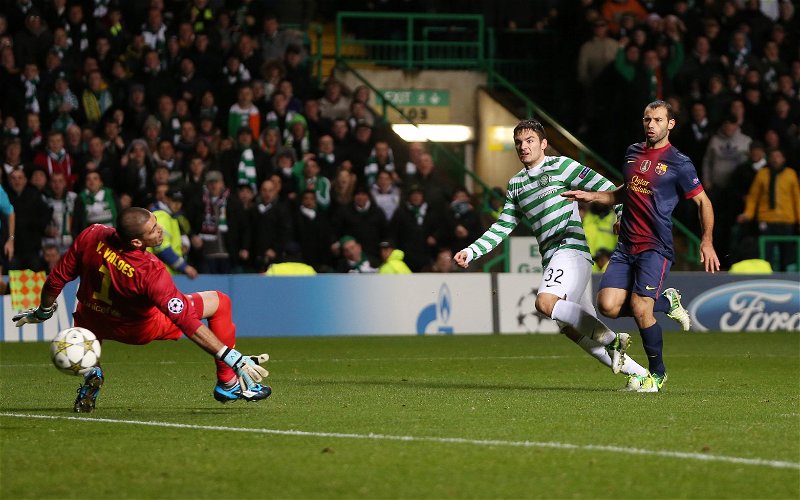 You have to hand it to the Daily Record for creativity in taking shots at our club.

They often show a flair for it which would be admirable if they weren’t so petty and childish and obvious.

Today’s little serving is no exception.

The story European football is gripped by today is the story of how a tiny provincial team – Sheriff from Moldova – have grabbed their Champions League Group by the throat. Even getting there was one of the most difficult feats they’ve ever faced; they had to take care of Red Star Belgrade and Dinamo Zagreb just to reach the Groups.

But it’s what they’ve done there that has truly shocked Europe. They opened their Group Stages with a stunning 2-0 win against Shakhtar Donetsk at home, and then, last night went to the hallowed turf of the Santiago Bernabéu where they beat Real Madrid 2-1.

This is a miraculous achievement, and all credit has to go to their club for it. They aren’t home and dry in the group by any manner of means but they have proven themselves to be tough competitors and have sprung a few surprises on people.

Whilst most of Europe is simply enjoying the show, The Daily Record saw a chance to have a dig at us. Incredible, right? But true nonetheless.

“Celtic knocked off Champions League shock top spot by Sheriff Tiraspol win over Real Madrid” is how they chose to cover this momentous result. “The Moldovan side produced a stunning victory in the Spanish capital and it is now regarded as bigger than Celtic’s win over Barcelona.”

Apparently they have “overtaken us” according to Gavin Berry.

Which is true if you even care about a little something called the Euro Club Index, which is some mathematical formula which until last night ranked Celtic’s win over Barcelona as the biggest shock in the history of the Champions League.

But honestly, who cares? Did you come out of that game that night thinking “wow, we’ve topped the Euro Club Index”? How many times have you thought about it since? Or did you, like I suspect most of us did, simply consider it as one of those beautiful nights for football, and look back on it years on as one of your most treasured memories?

I have never considered it as great shock. We had a fantastic home record at Celtic Park and had beaten some of the best teams in Europe on that ground. In the same campaign we lost at the Nou Camp to a last minute winner … the result at Parkhead that night righted that wrong and showed that we could punch at that weight on our day.

The Record’s article today is a small-minded little effort, a pitiful pop-gun shot at us a time when it’s “kick Celtic when they appear to be down.” It sums up that paper and those who work at it.