Fake “Mulgrew” Recording On The Celtic Situation Is Another Weapon Against Truth. 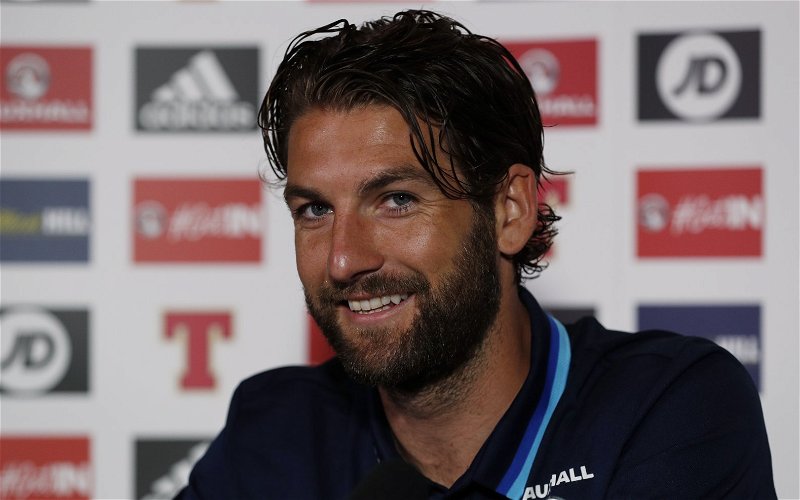 As a Celtic blogger you would not believe the amount of information I get shovelled into my inbox and across social media every single day.

I use the word “information” in the loosest way, because much of it is utter garbage and the trick lies in being able to find the little grains of truth in amongst it all. It is not always easy to do, but occasionally it’s obvious which is which.

The “Charlie Mulgrew recording” is one of those times when it was very easy to analyse a piece of information and immediately rule it out as being in any way legitimate. For a start, people kept telling me it sounded like him, but I wasn’t convinced that it did.

Secondly, it was a chat between two people. It sounded a lot like it had been recorded in a pub.

What we were supposed to hear was Mulgrew dishing the dirt on what had gone wrong at Celtic for Dominic McKay.

I found the actual “revelations” to be somewhat disappointing anyway.

If we really would have been listening to someone spilling the beans … well, I’d have hoped for something more substantial than a re-tread of rumours discussed elsewhere.

For “Mulgrew” to be so willing to discuss the matter you’d have to think that the person he was talking to was someone he trusted.

That’s where I had a problem with it.

Because to get a recording that good you’d have needed to be the guy “Mulgrew” was talking to, and where I’m from we don’t record our mates and then put the tapes online. That gets you more than just an angry call or text message afterwards.

Some people thought it had been recorded from a phone call; again, that would have meant it was recorded on the “friend’s” end … and that’s just as bad as doing it over a beer in the pub. The only other two ways that could have been made was for someone sitting very close to the two of them to have done it or for someone to have hacked a phone.

Why don’t you try those things yourself if you’re feeling game? Is it easy to hack a phone and record a call?

Sad to say, but if it was then more people would do it. The technical know-how puts it out of reach of the average person.

As to recording something in a bar, a conversation being had at another table … honestly, give it a go. See how logistically difficult that actually is. If you can hear anything more than a mumble you ought to be working for the Security Services.

Mulgrew has openly sneered at the recording and flatly denied that it’s him.

Some will say “yeah, but of course he would say that …” but even if you’re listening to the thing and think you’re definitely listening to our former centre back you can’t have failed to notice that the guy is saying he heard this and he heard that.

This isn’t rock solid insider info at all; at best it’s uninformed gossip.

Between that and Mulgrew denying it, this is a complete non-story.

But it’s a worry nonetheless, because this is the third time recently that I’ve heard of or been the recipient of a “secret recording” doing the rounds.

It’s no longer enough for people to spread lies, disinformation and rumours; there are folk out there who are actively inventing stuff to put into the public domain and this is just another weapon in a growing arsenal of tools which these folk use.

Celtic fans need to continue being wary about this stuff, both in terms of believing this stuff and most importantly in sharing it.

We are only damaging ourselves when we do.