Griffiths Gets Charged Over His Smoke Bomb Stunt. Should Celtic Cut Him Loose? 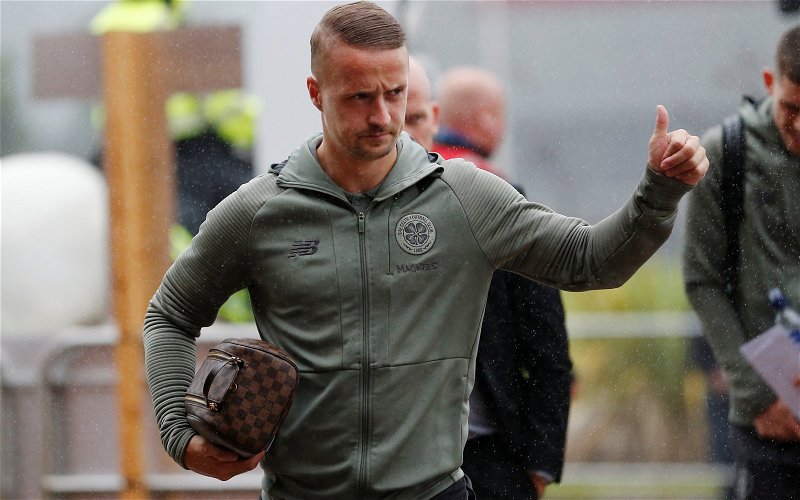 Yesterday I said that Leigh Griffiths was not our problem anymore and that we should be glad about it.

This morning he has formally been charged by Police Scotland for the incident the other night when he kicked a smoke bomb into the crowd because people in it were singing a naughty song about him. This man has been the architect of this whole mess.

A section of the Celtic fans famously booed him the last time he took the field for us. That was the moment when he must have known that it was over. Dundee are well within their rights to terminate his loan because of this incident.

The question is, should we tear up his one-year deal based on it?

There is no question of him coming back to Parkhead and playing in this team, it’s just not going to happen. Every player has clauses in his contract which allow for termination in the event of criminal charges, so we probably have the legal right to end this farce once and for all.

If Dundee do cancel the loan, Celtic should think about it.

This mess has moved on from us, we certainly don’t want any situation where this again becomes a problem for us to deal with. The charge is “culpable and reckless conduct”; those words could have summed up the latter years of his whole career.

Celtic will be monitoring this carefully. He almost certainly faces a long SFA disciplinary ban, so if Dundee cancel the deal that will not be in the least bit surprising. We should be working out how we’re going to handle this if they do.

I can’t see him ever being made welcome at Celtic Park after this. He’s proven that we were right to get him out the door before the window shut.

That he’s been unable to just keep his head down and play the game, knowing this might have been his last chance to save some fraction of his career, speaks volumes.

He is a born idiot.