Stan Petrov Is Becoming One The Best Ex-Celts In The Media. 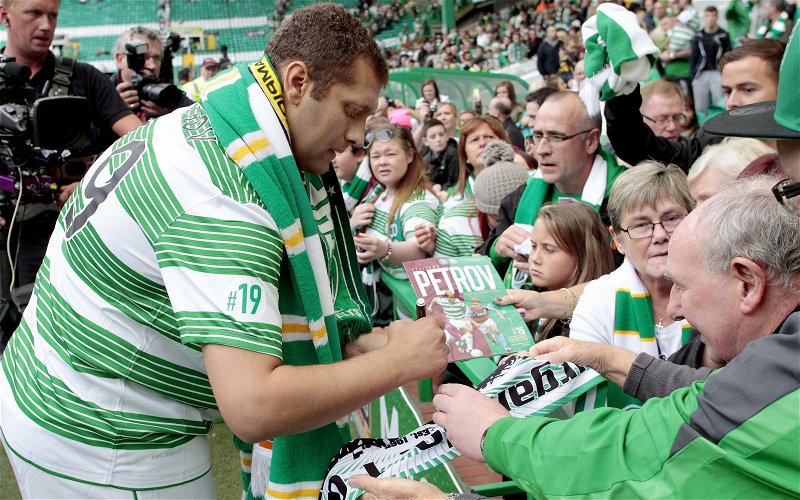 When Charlie Nicholas is slagging you, I tend to think you are doing something right and when he launched his astonishing and plainly idiotic broadside against Stan Petrov the other week it was more than just another example of his talking through his rear.

Petrov is a highly intelligent, articulate man who has never hidden his deep affection for this club. I have always been grateful to him not only for the service he gave us but for the manner of his departure. He had wanted to go for a year when he signed his final deal with us. He did so because he wanted us to get as much for him as we could.

That’s what you call loyalty. In the week where messers Christie and Christie continue trying to convince us that moving to England’s second tier was not about money, I think about what Stan did for us more and more, and I grow more impressed by it.

This guy made 288 appearances for us. In an era when footballers stay two or three years he gave us seven. This is why he’s held in such warm regard, that and the passion he always displays when he talks about us. Stan is part of the family.

But what I enjoy about him right now is that he knows when to be critical and when to lend his support to the club. He asks the right questions. He lectures on the need for time for Ange’s ideas to take root, but he also knows that there are high standards here and that they have to be met.

There is nothing sensationalist in what Stan Petrov says. You don’t get the impression that this is a guy looking for a short-cut at our expense. He speaks candidly, without trying to be controversial. He is a Celtic fan but isn’t afraid to give us some stick.

I enjoy him. I like to listen to him and I like to read his remarks. This guy should be on call for more media opportunities at our games. He is becoming one of my favourite pundits, because he is smarter than most of them and isn’t seeking to be the centre of attention.

And yeah, it helps that he so clearly loves us too!