The Celtic Manager Does Not Need To Explain The Bolingoli Situation To Anyone. 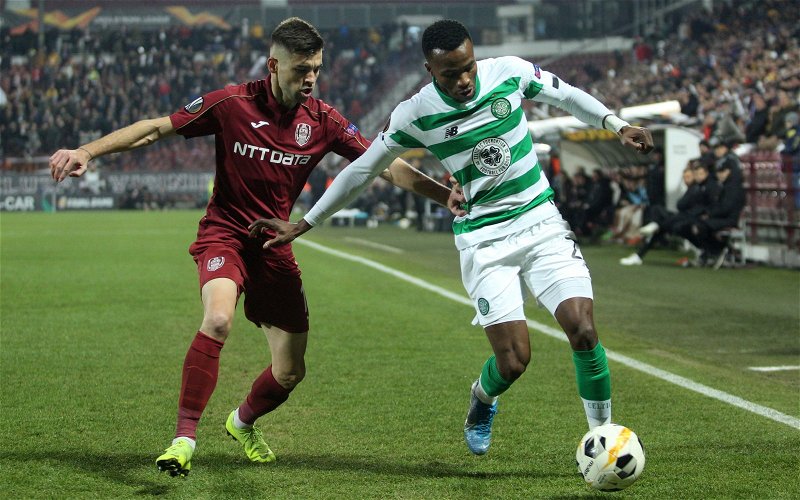 What was not reasonable were questions about the players he deems good enough for the squad. That is Ange’s decision and nobody should be second guessing it. The media in particular has no right to ask him about Bolingoli.

The press corps stance on the player is the most hypocritical guff. They wonder why Celtic haven’t put blood on the walls over what he did last term. It was idiotic. It was unacceptable. But where does the punishment stop? When he’s been driven out of Celtic Park? Maybe then, yes, when we’ve chopped his contract and cut him loose and got no money back.

That might just make the media happy on this one.

Bolingoli chanced his arm at the start of the crisis when the idea of lockdowns and quarantine and other measures still seemed, to some, like an over-reaction.

They weren’t. I know that and wrote about it at the time. I was raging with the player and I never thought he should pull on the jersey again.

But that reaction was knee-jerk and momentary. Rehabilitation is possible as long as someone repents and pays a price. He has done both.

Bolingoli’s period of having to apologise for that is long since over with and neither he nor the manager has any further explaining to do, and especially not to the media which never once asked Gerrard or his club to justify any of his decisions in this respect.

Nobody, at any point, ever sat down at a press conference and pushed the issue with the Ibrox boss. Nobody asked way Patterson wasn’t shut out or why Bassey, who played left back last night, wasn’t shown the door. It would be a waste of time. That club has no standards or morality. It was the second time players from Ibrox had been caught out and about where they shouldn’t and thus the penalties should have been as severe as was possible.

Instead the country was told not to be punitive. There was pathetic garbage about putting the player’s career in jeopardy; sheer rot which not one journalist challenged Gerrard on. In the end, the media did as it was told and let that slide.

When they did so they lost any moral right to lecture us.

The manager has decided that Bolingoli gets a clean slate. I agree with him on it. The player is in the first team squad, and with Taylor out he’s going to get his chance and he’s going to play regularly. I am glad. I always thought he was a better footballer than his critics made allowances for. He has no excuses any longer about a “settling in period.”

On this one, Ange Postecoglou had the final decision and he has made it and that decision deserves our support.

Any hack who criticises it on the merits of the footballer can try that out and if the player blows that chance then so be it, but the second any of them start moralising that’s where the boss should be telling them to shut their mouths because they haven’t got the right.