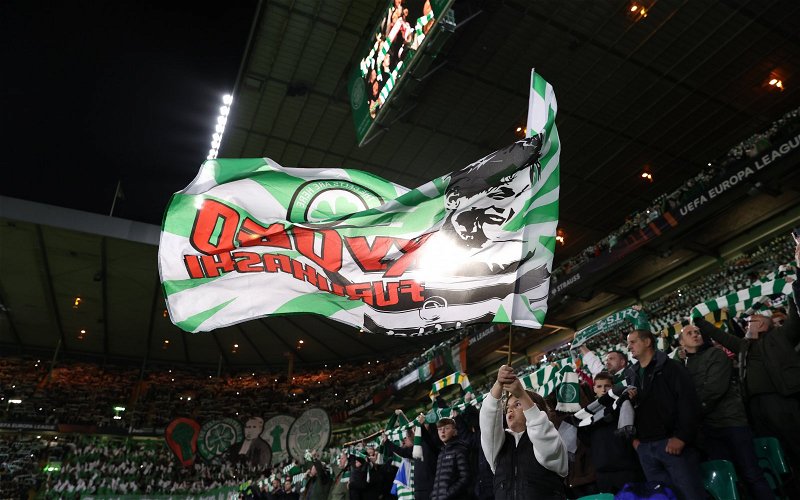 If the St Mirren CEO was checking out social media this weekend, he might have been forgiven for thinking he’d stepped into some mad alternate reality. He had made a statement over the last week which was being used against him by a number of different outlets. He might have expected that. After all, he’d launched a broadside against football fans.

The thing is, most of those attacking him weren’t the ones he had attacked. As barmy as it seems, he was being attacked by our fans and those across town. Mad enough that they should have teamed up to have a go at him. Even more mad though, neither our fans nor theirs were the ones he’d come out swinging against. That was his own supporters.

I found some of the criticism of him strange to say the least. What the St Mirren CEO was doing was acknowledging a hard reality in this game, one we are quite familiar with ourselves. The way in which we and our rivals keep the lights on across the game here. All that guy did was say that it’s not an ideal state of affairs, and he’s right. It’s not.

Sometimes, I think we don’t entirely know what we want as football fans. On one hand, you want to see your team as much as possible, but I understand why our fans smart at being over-charged for tickets and herded like cattle into places where we’re not really welcome.

The clubs who used to give us three stands don’t want to have to do it, but they certainly have no problem cashing in whenever our fans go to visit. So I understand the occasional outburst of anger from our supporters, especially when these clubs treat you abysmally and then have the cheek to slag you off. But that wasn’t the case in this instance.

This guy was very honest and measured in his criticism, and it sure as Hell was not directed at us. He freely admitted that he rubs his hands together when we visit their ground, but he was responding to critics within his own fan-base for giving over so many tickets to us and the mob across town. He was telling them “these people are why we can buy players.”

Furthermore, he was delivering them an even stronger message than that; I’ll stop giving them two and three stands when I have bums on seats to fill them instead. That’s a criticism of his own club’s supporters. That’s him saying “when you start showing up I won’t need to sell three quarters of ground to other people; in fact, I won’t be able to.”

We smart sometimes at the overdependence these clubs have on, but we also royally moan when we don’t get a proper allocation. I’ve sat and watched involving us on the telly where I knew dozens of our fans who wanted tickets and didn’t get them, and in the meantime there are empty stands and clubs obviously losing money by not filling the seats.

Every chairman in the country outside of Glasgow struggles with the same dilemma. For some, like those at Hibs and Hearts it’s less pronounced now that they can fill their stands; we moan at them too, of course, for cutting allocations but those clubs are now standing on their own two feet and they no longer need us to finance them … I wish every club in Scotland could.

We either want a game that depends on us and rips us off, or one that can stand apart from us, but where our fans have less access to stadiums. I know which one is healthier for the sport and so does the top man at St Mirren. He wants his own club’s fans to fill those seats and he’s tried to shame them into that this weekend.

He shouldn’t be getting shot at for being honest, at least not by us.