The Celtic Captain Was Dropped By Scotland Last Night. It Was Like Going Back In Time. 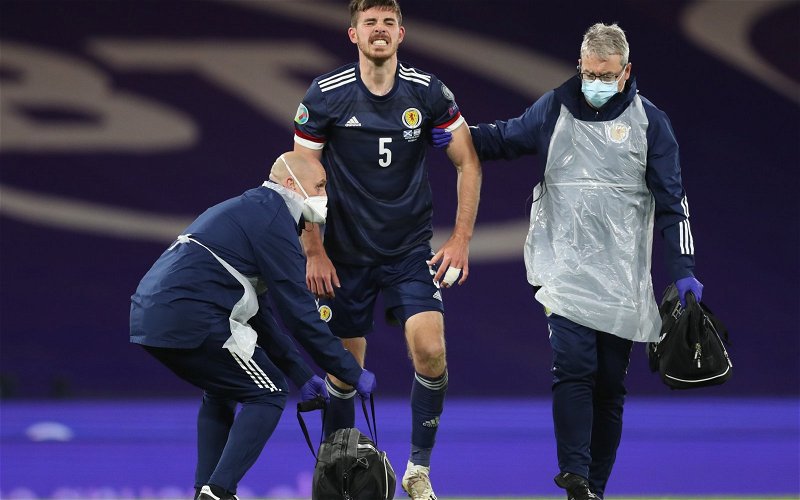 Last night, something happened that hasn’t happened much in the present age. A Celtic captain was dropped from the starting eleven, for Scotland, in a major international qualifier in which something big was at stake.

This was very welcomed, of course. Callum is just back from injury and I thought it was pretty ridiculous of Clarke to call him up, so it was good to see that although he played the blood and thunder game against Israel that he was given a break last night.

Or at least until Scotland needed him to come on, which they badly did by the time he took the field.

There wasn’t much to credit that performance last night except that they got the result. But it was cut far closer than any of us thought it would be.

Reading the line-up before the game felt a little like slipping back in time.

The Celtic connections were obvious all across the pitch, but not to have one single starter in the team? It’s an oddity, and owes a lot, perhaps, to injuries. But it’s also a statement on our team, of roads not taken, of decisions made which defy belief in the cold light of day.

There was a time when Celtic players didn’t get selected for Scotland.

When there was a natural Ibrox bias in how these players were picked. In recent decades, Celtic players have dominated the national team, so in some ways it did feel like we’d gone back to a by-gone era when the Scottish national team just looked bereft without us.

Last night’s obvious absence of Celtic players has many origins and explanations.

Craig Gordon, we let go for free. The two left backs, Tierney and Robertson, were products of our youth academy, both having moved on. Jack Hendry is a cautionary tale, a message to our board not be so stupid next time as to put a paltry release clause in a loan contact. Ryan Christie left Celtic for the money and for some seaside air and all the chatter about leaving for football reasons doesn’t cut one bit of slack with a single one of us. And John McGinn is the one who got away.

Our first team squad still has Welsh, Ralston, Montgomery, Forrest, McGregor, Taylor and Turnbull in it, and that’s just the guys in the first team. There are doubtless others coming up through the ranks who we’ll see in the dark blue yet.

But for last night it was weird seeing that starting team, yes with Celtic connections everywhere, but not one player from our club. The absence of the captain was particularly jarring. Even in the days of biased SFA selectors, they would have struggled to justify that one, and yet we all understood and appreciated why Steve Clarke made the choice.

Equally interesting, of course, is that Ibrox wasn’t terribly well represented either. They had one starter and one player who came up through their own academy. What Clarke has managed to do is built a Scotland team at a time when stalwart teams of previous national sides, like Aberdeen and Ibrox, simply aren’t producing for the country anymore.

For that he should be given great credit, and although it’s tempting to suggest that he couldn’t have come this far without the contributions of our club, he’s been doing alright lately on very few Celtic players in his national teams.