The Club Who Should Have Rivalled Celtic Has Gone Backwards Instead. 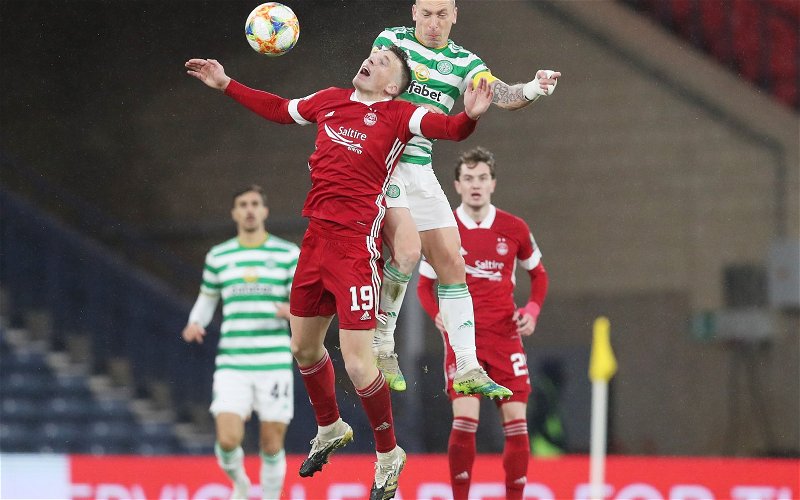 Celtic fans have always understood that this club need a rival.

That’s part of football. Our board’s mistake – one of them anyway – is that they think that rival needs to be the club across the city. But that was never the case. Our rival could have come from anywhere.

I always thought our big challenge might have come from Edinburgh. Or Aberdeen.

What a disappointment that club has turned out to be.

When they sacked McInnes I really thought that was a great move and coupled with new ownership I thought the only way was up. Hiring Stephen Glass, who had really did not have a great managerial pedigree looked like a major risk, a far bigger one that we took with Ange, and it has proved to be.

Aberdeen is a mess.

Someone said to me the other day, in relation to Derek McInnes, that he was “Arsene Wegner.”

I laughed at first but I got the point, and it’s not really a joke. For all Arsenal fans complained about him he cemented their place as a Champions League team and they haven’t gotten near that status since he left.

McInnes made Aberdeen the second biggest club in the country before King started spending Other People’s Money and would have kept them a comfortable third, with the occasional cup final place thrown in. Aberdeen could have been comfortable there.

Where I will give them credit is in how they tried not to be comfortable.

Aberdeen never wanted to settle into a comfort zone of sitting just behind other clubs … their new owners have no interest in that at all, and want to push forward.

But the hiring of Glass already looks like a huge mistake.

Whilst people have focussed on Celtic, the real story of chaotic management – at the first team level – is at Pittodrie, and they could not have picked a worse time, now being eclipsed by both Edinburgh clubs.

They’ve lost four in a row in the league.

They are without a win since the second weekend, when they had just won two in a row. Since then they’ve been knocked of Europe, Raith Rovers have turfed them out of the league cup, they drew twice in the SPL and then the losing run started.

Instead of progressing they look like a club going backwards.

I said when I heard that Scott Brown was being offered a coaching job there that he would be crazy not to take it.

The Glass appointment had “dangerous experiment” written all over it, and I thought if our former captain played his cards right he could find himself in an interim manager’s role much sooner than many people expected.

His moment might be coming. His current club certainly needs it. Aberdeen should be challenging at the top half of the table. Already you can see that they are in real trouble under the current regime. There are no positive signs. That club is already in trouble.

And their struggling state is bad for us, of course, because we need as many strong teams in this league as we can get, teams capable of beating the Ibrox mob and pushing us to be the best we can be.

I sincerely hope that whatever happens next over at Pittodrie that they sort themselves out and come back stronger.