The Red Bull Celtic Rumour Is The Best Of A Painfully Slow International Fortnight. 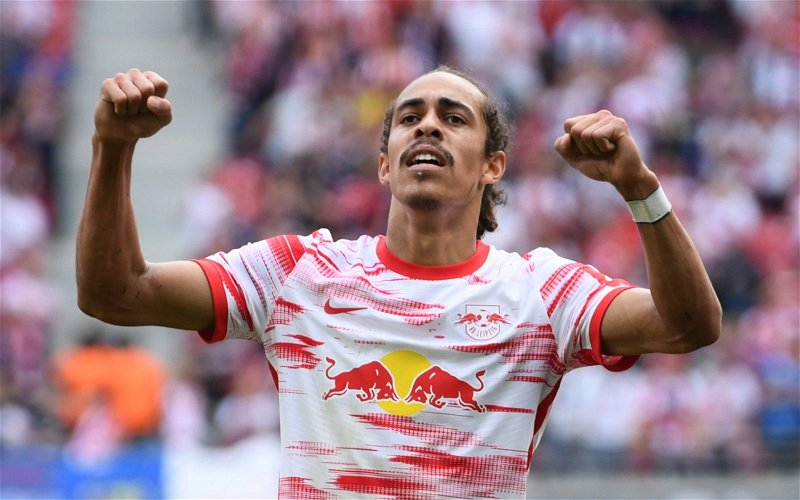 I do love international fortnights, and the nuttiness that emanates from them at times.

If it’s not the deranged enemies of our club coming up with all manner of pitiful nonsense to unsettle us (or to try to, they are awful at it) it’s the deluge of stuff our own fans come up with sometimes.

The rumour factory works best when there’s no actual news.

That’s where the old adage in politics comes from; you either feed the beast or it feeds on you. If the media and the bloggers don’t have anything real to cover they will let their imaginations run wild, or they will find the most ridiculous stuff to focus on.

I hate international periods, but they are entertaining in some ways even if those ways aren’t always good. One of the best things about them is that they force people to be creative, and I never cease to be amazed what people will come up with.

The Red Bull rumour, which in case you haven’t heard it is that they are preparing a whopping buy-out of the club, or sinking millions into us from advertising or sponsorship or whatever the actual story is – that’s the point, nobody seems to know – is beautiful because it’s vague and open-ended and because it’s both of these people can interpret it any way they want.

But what’s the truth of it?

I’ve always said that getting to the bottom of any story relies on nothing more than applying a little bit of common sense. That’s all it takes here.

Well, start with that none of the present large shareholders has shown any willingness to sell, which would be the first major indication that something like this was in the offing.

Because no-one owns a majority of Celtic, there’s no way for Red Bull to acquire a controlling interest without dealing with various different people and there’s no way to do that without a major leak and this is Unspecified Speculation About Who Knows What, so it’s not a leak because there would be specifics and gloriously there are none.

So in terms of a takeover or investment, you can rule that one out entirely.

In terms of sponsorship, the biggest are where that might be a goer is in the shirts. But we’re tied to Dafabet for the next four years, and even if the ban on betting companies comes into force – there’s no guarantee that it will by the way – the law won’t come into effect for at least a year and there’s probably a provision for letting current deals run their course.

That door is closed for the foreseeable future, although a company like Red Bull, with a record in football already, are an obvious, and excellent, choice for a shirt sponsor and all round advertising partner. There is merit in that idea.

But for now, there will be no shirt sponsorship from them or anyone else. Dafabet has that one locked up for the next few years unless the incoming law is much harsher and more immediate than any of the industry experts currently believe.

That leaves one potential area, and a couple of people have already mentioned it; stadium naming rights.

One blog did at poll on it and the idea is not popular. Celtic would have to – they would have to – do a full consultation over that one and I doubt that it would be approved by the season ticket holders. Even if it was, Red Bull?

That’s the kind of company they are, and as we’ve seen the other advertising and sponsorship options are shut down.

Red Bull has a lot of fingers in a lot of pies, and I can sort of see why this rumour grew legs.

But my good friend at Vital Celtic, Paddy Sinat, actually thinks he’s traced this one to its source, and he might well be right; a website did a mock-up of what a non Dafabet Celtic shirt might look like based on a random question from a fan.

Is it possible that this story swept through Celtic cyberspace on the back of that?

Well, it’s a good a source as any, and I spent some time last night searching for one and that’s more than I was able to come up. Indeed, a lot of the internet chatter has been people asking that very question; “What’s this chit-chat about Red Bull all about?”

It’s not really about anything, it seems. Just a way to pass the time until the football at the weekend. This is what we do when we’re bored. Stuff comes out of nowhere. Innocuous little things grow arms and legs and spread like the plague.

Still, when you have stories like the one linking Kyogo to the EPL or discussions about whether we’re ready to ditch Starfelt in January, and you compare them to a rumour like this, I know which one I’d rather be debating and which one provides us real entertainment and opens up proper discussions.

We can get frustrated over fluff or debate the real stuff.

And in a very real way, this is the real stuff, and so that’s what makes it more than just a rumour to amuse people on a slow news day.

It gets fans talking about important things, things that really do matter to our club and its future.

From this rumour, you have a debate about whether fans would back naming the stadium, and would we accept a corporate owner who wanted to rebrand us, and debates about who the next shirt sponsor should be if the booze and betting avenues are shut … and those are real conversations and the sort we should be having as a support, especially in light of what’s happened to Newcastle and the general state of the global game.

That’s what has made this an issue, because it has us talking about what’s important to us as fans and what our club means to us and how we view it and value it.

That’s why this has been the best bit about the international break so far.

We should be glad for these little moments of insanity; they sometimes produce a clarity we might otherwise not have found.