Top Class Keeper Is The Hart And Soul Of This Celtic Side. 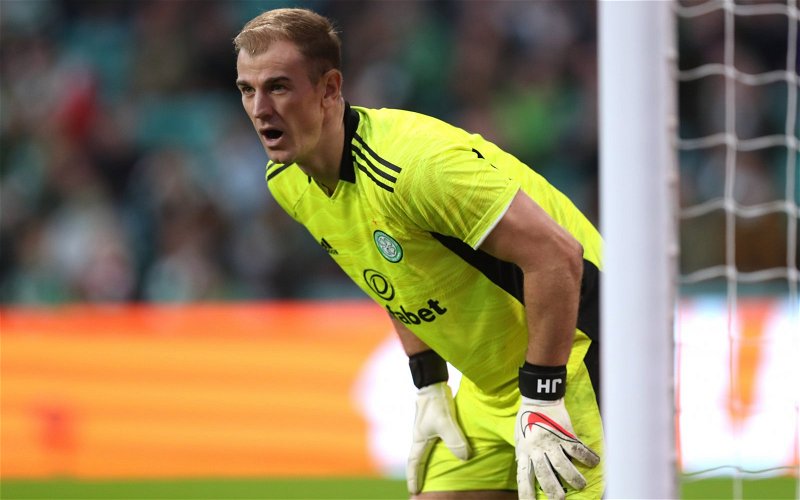 Sometimes games – or even seasons and managerial careers – can turn on a single moment.

Neil Lennon’s time at Celtic (albeit full of criticism at the end) was saved after a storming second half performance in Kilmarnock which saw Celtic come back from three goals down.

John Barnes on the other hand saw his Celtic career end after the footballing disaster of cup defeat versus Caley Thistle.

These pivotal moments can be an instance in a game, or even a particular signing.

Last night’s victory over Hibernian – with the first half being arguably Celtic’s best performance of the season – had one of these pivotal moments, and players.

With Celtic leading 1-0, Hibs had a quick and glorious chance to equalise. Joe Newell was close to goal, with only the ‘keeper to beat.

Given Celtic’s recent record at Easter Road (before last night, no wins in seven games), this could have been a big turning point.

Losing the lead so soon after going ahead might have created doubts, bringing back last season’s problems and weaknesses.

The consequence was that Celtic soon consolidated the lead, and were out of sight at three goals up.

And on an even better night, the Hoops were later two points closer to the top of the league.

Goalscoring signings such as Kyogo and Jota rightly get people excited and grab the headlines.

But Hart has proved to be just as important an addition, the type that can make managerial careers.

In numerous games this season he has made crucial saves which have allowed Celtic to go on and win when last year draws or defeats would have been likely.

And it is not simply about single saves. His presence clearly has a calming quality on a defence that know they can trust him (albeit he ideally won’t keep taking on opposition strikers).

This is similar to when we had Fraser Forster, who, especially in the nine-in-a-row season, was a major reason for our success, not least in the League Cup Final.

And it’s not simply Hart’s goalkeeping role which has made him such an essential signing.

Hart seems to be a real leader. Someone willing to sprint half of the park to talk to players or calm them down or do all the things a strong team needs.

Callum McGregor is (in my view) Celtic’s best player, and a worthy captain. Also in my view, having goalkeepers as captains is to be avoided.

However Hart is one for which an exception can be made, if McGregor is not playing.

And in terms of Celtic, our goalkeeper seems to ‘get it’.

His engagements with fans – both on and off the pitch – show the signs of a player who really enjoys and appreciates where he is.

Joe Hart is obviously a man that has enjoyed a great footballing experience.

Winning leagues and cups with Manchester City and playing for England in major tournaments, are all pinnacles of a footballing career.

But in recent years he has had less luck, and may have lost much of his earlier enthusiasm.

Not now though, where he seems to have found the perfect place for his (presumably) final footballing home.

In fact, the only thing he currently lacks is a club song!

Such a tribute would be the ideal way to acknowledge the work he’s already doing – and will keep doing – to right the wrongs of 2020-21.

When the story of Ange Postecoglou’s time at Celtic comes to be written, hopefully it will be filled with triumph and success.

If so, the signing of Joe Hart may well prove to be the single most important moment.

Matthew Marr lives in Glasgow and is a long term season ticket holder. He tweets at @hailhailhistory.