Another Professional Celtic-Hater Has His Say And The Hacks Lap It Up. 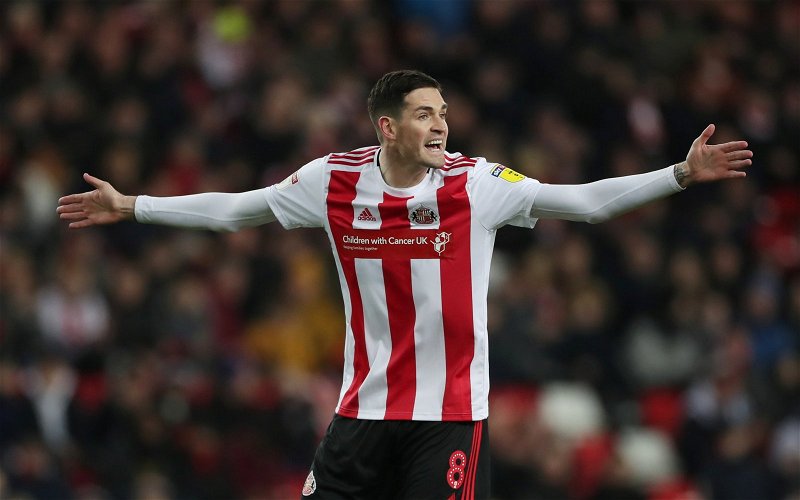 Ask Kyle Lafferty who he thinks has the better squad out of the club he supports and Celtic and you know exactly what he’s going to say. This is a guy who’s functioning brain-cells can be counted on one hand. “One, two, five, cabbage,” as he might put it.

Lafferty is a professional Celtic hater. That’s all he’s ever been.

There was a time when he combined that role with playing football.

But he has always been a walking soundbite of anti-Celtic bile. Asking him his view on our squad is like asking a member of the KKK what he thinks about Black History Week. Is his opinion worth hearing? Is it worth the headlines it’s getting today?

Honestly, is the media so desperate for news that it has to dredge this kind of crap up?

Are there no neutrals to ask? Or are they worried that a neutral might not give the answer that they want?

I love how many of these cretins are asked to comment on our club.

Do you see ex-Celtic players being asked to comment on the Ibrox side? Of course not.

The kind of thing you never hear on the radio.

Pigs will fly before the media puts together a segment like that.

There is no merit in it whatsoever.

It would make real headlines if Lafferty went the other way.

Indeed, I think that would wipe “Bigfoot Videoed At Campsite Eating Oreos” off the front pages.

If we’re going to go to this level and call it news, I phoned a friend and asked him his opinion on the story.

There you have it.

Put his opinion in a headline, since we’re dredging the bottom of the barrel.