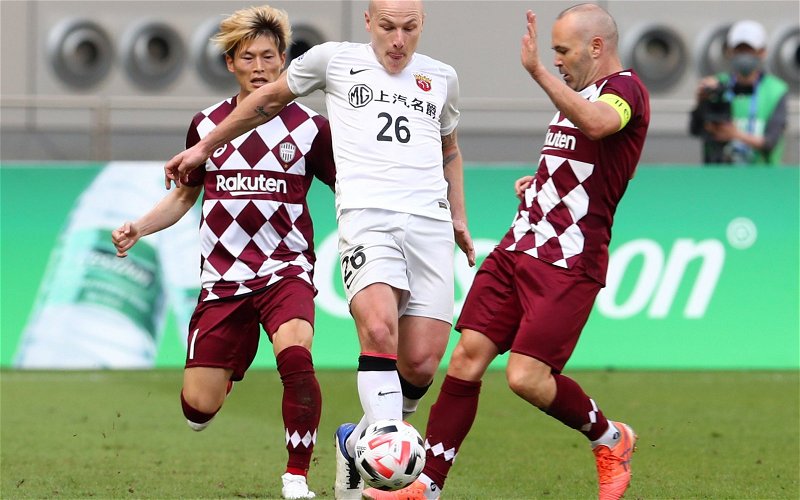 Two transfer stories have emerged overnight, both linking us to players in the central midfield position and I don’t think any of the two of them are particularly likely.

We’ll see how they pan out, but I wouldn’t imagine that there is much in either of them although I guess there’s no harm in a little speculation.

The first links us with another player based in the Republic of Ireland. Because the last one has impressed us so much since we signed him at the end of the window, right?

To be fair, that’s a little harsh on him. He, at least, is on the periphery of the first team and actually has some minutes under him.

Still, the jump necessary from the Irish League to ours is more than he was capable of right away. We bought potential. We didn’t buy a ready-to-play talent, and that was obvious at the time.

This window is about strengthening the first team squad, and so I have serious doubts that we’re going to do it with a player from that neck of the woods.

Ange has bigger plans than that. He wants players who can step up so that he can rotate those already in the squad. He has made this clear. Anyone we sign needs to be capable of slotting right in there if need be.

He has to be someone the manager can trust.

Danny Mandroiu is 23 and still playing in the Irish League. He’s been described as a “late bloomer” but a tag like that always makes alarm bells right. That, alone, suggests that this would be a punt.

The real issue here seems to be our absentee shareholder.

Shamrock Rovers isn’t a feeder club for Celtic and if we’re going to be regularly paying them for footballer’s questions need to be asked about the dual role of “investor” Dermot Desmond.

This is our club’s money, not his to transfer between the two as he likes.

The other move the press is talking about involves Ange’s old pal from the Australian national team, Aaron Mooy. He’s a good player, the boss knows him well and he’s got the experience which suggests he’d be a much better bet to slip into the team right away.

We have already signed an over 30 midfielder and he can’t get into the team.

It’s an expensive risk to take and whilst this one is an easier sell to the fans he doesn’t really fit the profile except in that there’s no doubts the manager is very familiar with what he can do. His signing would be a big sign that our transfer profile has altered.

Whilst I imagine Ange will get what he needs (he better) I don’t think our basic principles are going to be transformed to that extent.

I would be happy to be proved wrong because of the two players he does sound the more realistic if we’re looking to improve the first team … but this to me all smells of media speculation in a slow news week.

Don’t get me wrong, it’s nice to be back writing a transfer rumour or two and I’m sure there’ll be plenty more of them in the weeks ahead … but we need to think about who will fit right into the team – which is what Ange wants – and how whoever he signs will increase our profile and give us options for later on for a sell-on fee … as the board would want.

Time will tell, and the boss wants to get the deals done early … so we shouldn’t have much of it to wait.