Forster, Roberts And Benkovic Are A Post Celtic Cautionary Tale. 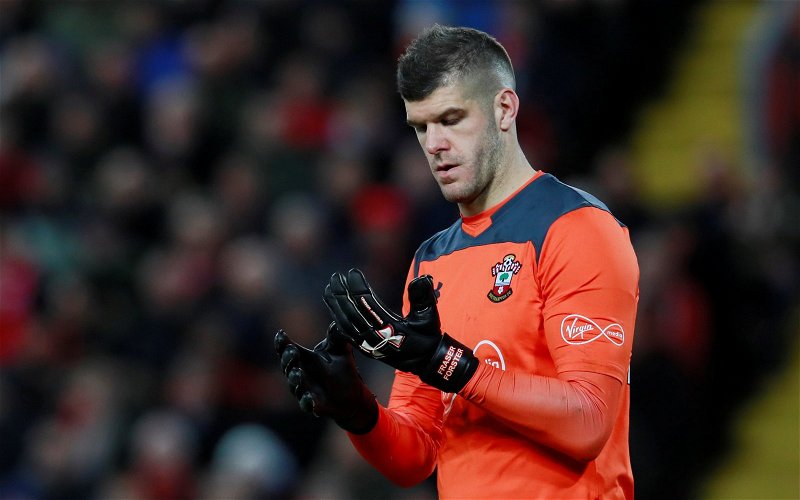 Two things inspired this piece, which I intend to keep brief. The first was seeing the news today that Fraser Forster is likely to be told that he can leave Southampton at the end of the season and find a new club. His decision to stay there now looks like a huge mistake.

But he is not the first person to make such a mistake.

Patrick Roberts made a similar one when he signed his last Manchester City deal, which probably priced him out of the last chance he had to join our club. His latest loan move, to Troyes in France, has been an utter disaster like so many of his footballing adventures along the way. He has played one game for the first team.

He’s now with their second string.

The second thing that inspired this piece was listening to the excellent E-Tims podcast from earlier in the week, which offered far and away the best examination of the state of things across the city that I have yet come across anywhere.

It was a searing critique of the mess their club is in, and I advise everyone to give it a listen to properly understand where they are.

But during a segment of the podcast which focussed on our own transfer dealings, someone brought up the Strange Case Of Filip Benkovic and he asked the other members of the panel how many games they reckoned he’d played since leaving Celtic.

I’ll give you a clue, before you go and listen; it’s not 100 appearances.

These guys all fell into the same trap, a trap many footballers who have a chance to stay with Celtic for the long term fall into. In spite of all the evidence to the contrary, the persist in buying into the fantasy that they are rated by top managers at top clubs in England.

When Forster turned us down in the summer two years he knew was gambling. It was a ridiculous decision, and one that was only going to end as it did. At Celtic Park he was an icon. Anywhere else, he was only ever going to be Just Another Player. If he played.

Likewise, with Roberts before he signed that new deal at City. There had been rumours about him (there were always rumours about him) seeing out his remaining year and then being available to go and play where he liked on a free. He signed the deal, and that was the moment, I think, when the door finally closed on his chances of a return to Parkhead.

Roberts, it is clear, was never valued as a potential first team player at City; he was bought, as so many other players are in England, for his potential sell-on value. We’ve done that to players.

We’ve bought them and then side-lined them because what we were buying was “potential.”

Two of them, we got from Sheffield Wednesday at the end of last season.

Those guys haven’t been here long enough for us to know what we have, and they will have to be patient. But in England you can often see a mile away what’s going to happen and I never believed for a minute that Roberts was going to get his chance at the Etihad.

But he continued to believe that he might. That decision haunts him now as he is shuffled from one loan deal to another, and never feels particularly wanted in any place he goes. Celtic Park would have been his cathedral. He could have made it there, and especially under a guy like Ange who would have loved his trickery and direct style.

Benkovic had a chance to return to Celtic, although there’s a lot of debate about whether it would have been on a permanent deal or on another loan. Like Forster he didn’t fancy it. For such a talented young footballer what has happened to him since is a travesty. Which is why I’m not going to dance on the poor lad’s head or anything here.

That lad is 24 now. He’s been capped by Croatia.

He’s no longer some kid climbing through the ranks.

This is a player who should be a regular starter for a club by now and it’s incredible to me that he’s not.

Celtic gave him a platform and to be honest he should have leaped at the chance to perform on this stage again. But the EPL has a seductive power for these guys and although Benkovic turned us down to play in Belgium he has one eye ever on rehabilitation in England and the chance to finally impress Leicester, who spent so much money on him.

I liked all three players. I can only imagine how well they would have fit into the team we have right now, but none really saw their long term future in Scotland or at our club and that was, and it remains, a huge mistake for all of them.

This isn’t even about overestimating your own talents; these guys would have been beloved by our fans had they came back. They are all talented. They just failed to appreciate that sometimes talent needs to feel loved.

And they would have been loved at Parkhead.

They would all be regulars, and favourites, with a support that pours acclaim on its best players like few others.

But so many players who are up here, and who’ve been up here, are seduced by the huge salaries down there. I am sure those who’ve taken the trip and gotten the pot of gold don’t regret it as such … they are all multi-millionaires after all.

Yet I wonder if they don’t all ponder, from time to time, what might have been.

To listen to the E-Tims podcast mentioned above, click on this link.