If Celtic Fans Are “Paranoid” It’s Because We’ve Got Plenty Of Reasons To Be. 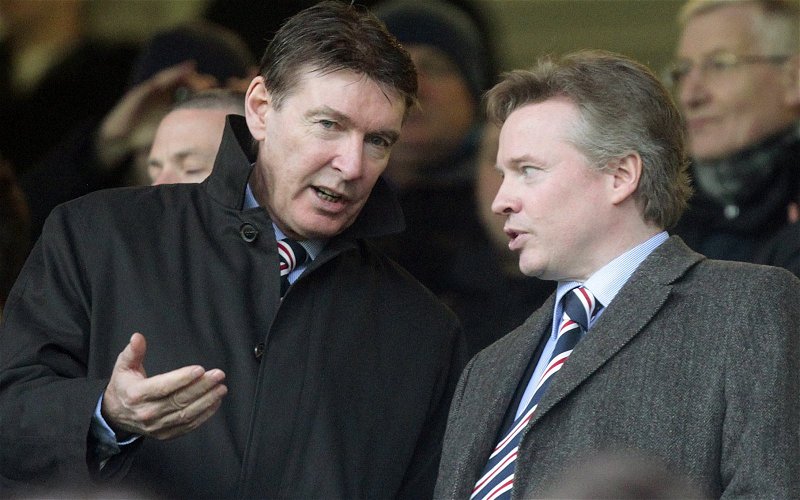 As a blogger, part of the fun of this job comes from being part of a little network that, combined, knows nearly everything that’s going on in our peculiar little orbit. As a Celtic blogger, that means knowing a lot about what’s going elsewhere too, because Celtic operates in a small country, in a small environment, and you keep a pretty good eye on it.

One of the stories that was pointed out to me, just the other day, was the one about the Ibrox fan podcast which has some rather interesting Peepul attending its big night in December, for which they are, of course, flogging tickets for a merry old sum.

I’d neither giving the podcast or the event the courtesy of free advertising, although more of my audience on this site would be interested in attending it than you could imagine. I daresay all the tickets are gone already, but you never know.

My old man was the person who put me onto this story; it’s something he came across on social media and he asked me to take a look at it. Which I am glad I did. I just wish I’d got on the story a bit quicker because I inexplicably left it a couple of days.

A couple of my fellow bloggers have already written their own pieces on it, and whilst I don’t ever like to think of myself as in competition with the others it is sometimes nice if you have a wee story all to yourself. No matter, they covered it very well.

But I think the story bears covering again, because I think it bears close examination. With the Celtic AGM coming up today – my article on that will be up at 8:30 on this site – one of the things that will be mentioned will be the lack of reform at the SFA.

This subject of this article will very clearly highlight why that is the case.

Because the two main guests at the coming Ibrox fan event are Gordon Smith, the onetime chief executive of the SFA, and Mike McCurry, a former SFA grade one referee. And to me, nothing better demonstrates the Hampden-Ibrox nexus than this.

Let’s take the case of Gordon Smith first, hired by the SFA for its biggest and most important job without ticking a single one of the boxes on their candidate checklist, which they had helpfully published in a national newspaper at the start of the search.

Smith was a disgrace at the SFA. But he was a disgrace before the SFA too. He had, on live national radio, publicly defended the sectarian singing of the Ibrox fans. At the time of his appointment there was a book about Rangers, in the final process of publication, in which he had written a chapter alleging that the SFA was historically biased against the club.

That, right there, was disqualifying.

If that didn’t come up in the due diligence then friends, there was no due diligence done. Smith’s time in that post produced not one positive for the Scottish game. He resigned “for personal reasons” shortly after clubs complained about his interference in discipline cases involving them, and after he had made potentially racist remarks about Lithuania.

McCurry is not the first referee to do the Ibrox fan circuit and he won’t be the last. Indeed, we have a Grade One official right now who frequents their pubs in a very public manner and doesn’t care who knows it, to the extent that a supporter’s bus has jokingly named itself after him. He can look forward to a high old time when he retires, regaling his brethren with all his tales about he how he looked after them on the park and stiffed the Tims.

And this makes me ever so slightly angry, because we live in a place that is forever telling us that we are paranoid, that this is all in our heads and that there’s really nothing to see here.

Well, I’ll tell you … for people who are paranoid, Celtic fans sure do seem to have a whole lot of reasons to be. And that is something that not even our fiercest critics can deny with a straight face.