No, Celtic Did Not “Miss A Trick” On Not Appointing David Moyes. 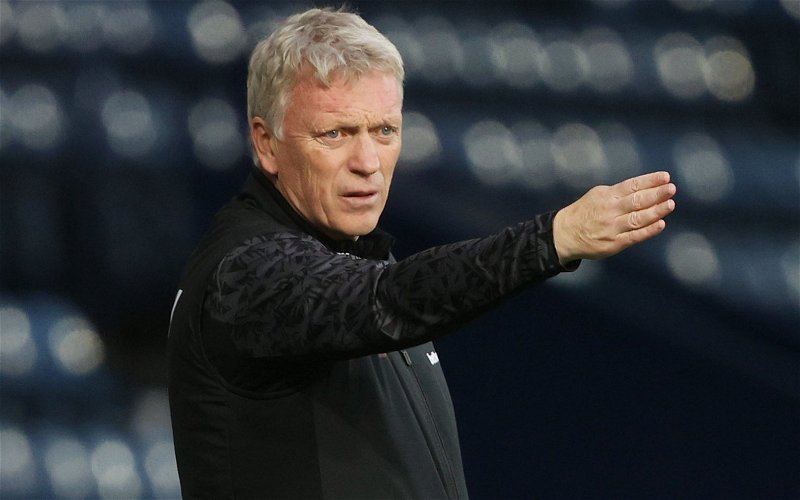 The latest attempt to undermine Ange Postecoglou comes from Mark Guidi. Remember him? He is the first but he will not be the last to predict that the real heir apparent to Brendan Rodgers was the one we missed. David Moyes.

Moyes is having a career renaissance at the moment, and fair play to him for it. He has done brilliantly with West Ham, if by brilliantly you mean elevated them about their low lying position in the EPL to put them somewhere far more exciting.

It is interesting to see those who have written Moyes off suddenly speaking up in his favour; it’s also plainly daft. If there are echoes of his spell at Everton here that is hardly surprising. Moyes works best when there is no unrelenting pressure on him.

He arrived at West Ham for the second time with most saying he was washed up and that the appointment made no sense. In that atmosphere he was able to work.

This isn’t to say he doesn’t deserve credit; plainly he does. But let’s not go overboard here. Moyes remains a mid-table manager at best, the sort of guy who can take an Everton or West Ham into Europe but not someone who’s ever going to challenge at the top over the course of a season. It is fun to see West Ham in fourth; no-one imagines they’ll stay there.

None of this is the point anyway. Guidi thinks we missed a trick.

But it wasn’t that we missed a trick, it’s that the move would have been ridiculous.

Moyes may have performed something a turnaround in his fortunes but that’s only clear from where we are right now.

At the time, there was absolutely nothing to suggest that he was on the brink of that.

All Moyes had were a series of catastrophic spells at clubs in England and abroad. Celtic fans would not have welcomed it, and that was very much based on what then appeared to be the trajectory of his career. Moyes simply do not merit the approach.

But say we had approached him; Moyes would have wanted a salary far in excess of what Celtic could have paid. Negotiations wouldn’t have lasted long. The suggestion that he has always wanted the job is a myth. He’s said the same about the one at Ibrox, but given the broadest possible hint that both are beneath him anyway and that he’d prefer to be in England.

And that’s the real problem. Imagine he accepted the Celtic job, because at that moment he’d had no other career prospects on the horizon.

Christ, we thought dealing with the ego of Brendan Rodgers was bad. Every time an EPL manager lost his job Moyes’ people would have put him in the frame for it. No matter how well we were doing, he’d have been off like a shot the first time a board down there offered him an interview. For that reason alone, the whole idea would have been fraught with danger.

I’m also surprised that Guidi isn’t aware that Moyes has been sounded out about the job a couple of times now, but then we’re talking here about a Scottish journalist so maybe that’s not a total surprise although Moyes himself has never hidden the fact and indeed freely admits it. What went wrong in those negotiations? Wages, like I said, but other things too.

We have made bad choices in the past few years. The appointment of Lennon, the waiting around for Howe (people tell me he might get the Newcastle job now, which is a major surprise and a huge sign that the billionaire’s revolution there isn’t going according to plan; is it a job that no-one from the top bracket wants because of the PR?) … not to mention the CEO claiming, on the day of the notorious Hampden Shower Scene that we threw CV’s in the bin.

But failing to get a deal done for David Moyes was not one of them. A section of the fan-base would have been okay with it but nobody would have loved it. The fans, as a whole, would have been majorly underwhelmed, which is actually an understatement.

What Guidi is really doing is looking at the current incumbent and holding up a picture of Moyes and saying to us all “Look what you could have had!” Yeah, in a different world maybe but not in this one, and most of us are pretty happy with that.