Celtic Have Done Right By Barrie McKay. Why Is He Trying To Stir Up More Trouble? 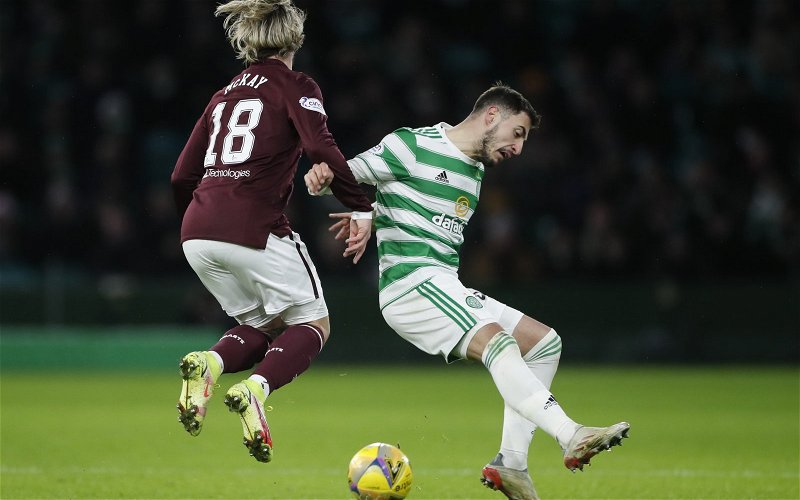 I understand that when a footballer is asked a direct question by the media that he needs to answer it.

But he doesn’t need to answer it in a direct way.

I realise that some footballers would not get onto Mastermind, but there is a difference between being dense and being deliberately provocative and I recognise it very well.

In the aftermath of the incident the other night where a bottle was thrown at Barrie McKay, Celtic reached out to the player and his club.

The police have identified the idiot responsible.

If other stuff was thrown at McKay, as he claims – and I have no reason to doubt it – the idiots responsible for that need to be found and dealt with too.

And let me tell you, not a single decent Celtic supporter would complain if all of them were removed from the ground and told never to return. We are better without them.

But McKay has made two claims which I don’t believe stand up for two seconds.

The first is that he’s never had stuff chucked at him when taking a corner before.

Sorry, but I’m calling bollocks on that.

I’m not saying it’s right – it is never right – but it does happen, at most grounds in Scotland and it should not happen anywhere. I find it hard to believe to say the least.

The second claim he made which I think is pretty ridiculous is that he was “targeted.”

Who is Barrie McKay that anyone would “target” him?

He claims it’s because he once played for the Ibrox club. So what?

We’ve faced players before who played for them and this hasn’t happened to them.

To be honest I think it’s an egotistical statement; to put it bluntly, I wouldn’t recognise Barrie McKay if I bumped into him in Argyle Street. The idea that he was “targeted” is faintly ridiculous.

This is a dark enough incident without him making out that Celtic fans are uniquely evil and that we “target” players who used to play for the club across the city.

Neither of those things is remotely true.

The Celtic support, as a whole, are appalled by the incident and the club has acted resolutely and with great respect for his position.

I wish he had acted with similar responsibility and respect, instead of stirring the soup like this.