Data From England Confirms That Celtic Made The Right Call On The Shut-Down. 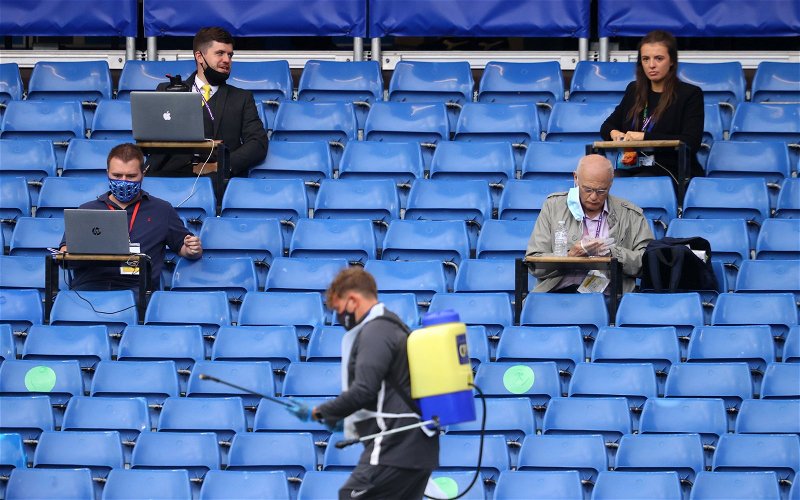 Celtic’s stand in asking for the winter break to be brought forward has been fully vindicated by events over the weekend.

First was our own outbreak of the virus, secondly was the decision, by the Ibrox club, to suspend the B team game which was due to be played at Ibrox, revealing their hypocrisy, and third was the staggering data from the English Premier League.

Over the course of the last seven days, according to data released this morning, tests across the league, involving staff and players, found 103 positive cases.

The data from the SPL must be just as bad, in comparative size.

Because we had our squad badly affected and so did St Mirren.

There are probably cases at other clubs right now.

This thing would have run right through the game here.

We actually have no way of knowing if our own players caught this in Paisley; prior to this variant there would have been no need to ask that question but you can go from exposure to symptoms with this thing, and trigger a positive test, in as little as two days.

The St Mirren boss was right; the SPFL exposed us to that risk when they made us play against their virus ravaged side.

We have bought ourselves time for more data to emerge so that we can protect the game better.

To see if fans can get back in the grounds.

The risk is now to clubs as well as supporters; anyone who thinks that this season couldn’t be decided by a mass outbreak at a team is delusional or wishing on a star.

It is perfectly clear to those of us who keep watch on these things that the game here is in real trouble and even if all we’ve done is bought it some time, that was worthwhile to do.

Football was never going to escape the impact of this thing.

But those saying that we should just get on with it and sneering about how we’re the only league that has shut-down for a spell are behaving with typical wilful ignorance.

How is it right to make major issues in the sport – promotion, relegation, European places, even titles and trophies – dependent on which club gets lucky enough to avoid a major hit during a global pandemic?

These issues are meant to be settled on the pitch, not in a doctor’s office or treatment room.

It may well end up decided that way … but we should not simply give in to that possibility.

We should resist it with every weapon that we have.