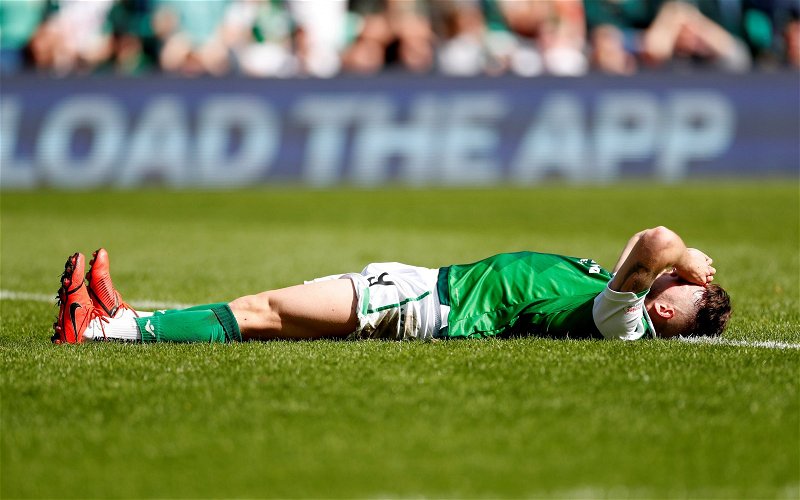 As I write this, it’s half time in the game between Hibs and the club across the city and it’s been one of those matches that reminds me that somewhere paint is drying and I’m missing out.

Nevertheless, the score is 0-0 and that’s good for us as far as it goes, but far more interesting to me in the meantime is that on the night Hibs demand meetings with the SPFL about wanting more tickets for the League Cup Final their own ground has plenty of empty seats in it.

What a brass neck it is for them to complain when they can’t even sell out their stadium on a night like this, against the defending champions who they just knocked out of a cup competition in some style.

This speaks volumes about the moronic nature of their foot-stamping demand.

How are we supposed to take this seriously?

Their ground looks about 20% empty tonight and that’s nothing to do with the away support, where the mob across the city have done what we always do at that ground and bought up every available ticket.

The Hibs fans are the ones who couldn’t be bothered showing up for a massive fixture cause it’s raining a bit and the match is on the telly.

The whole argument is preposterous and tonight’s paltry effort from the home support demonstrates that quite clearly.

Their club should now shut up about this matter, accept what they’ve got and be grateful for it.

They will look like clowns if they pursue this any further, and the media bandwagon jumpers who never think beyond an anti-Celtic headline should give it up as a bad deal as well.

Because honestly, it’s just a joke and it always was but all those empty seats tonight have shorn it of any residual humour it might have had. It’s just insulting now.