McCarthy Showed Celtic Fans Something On Sunday. He Must Show More Tomorrow. 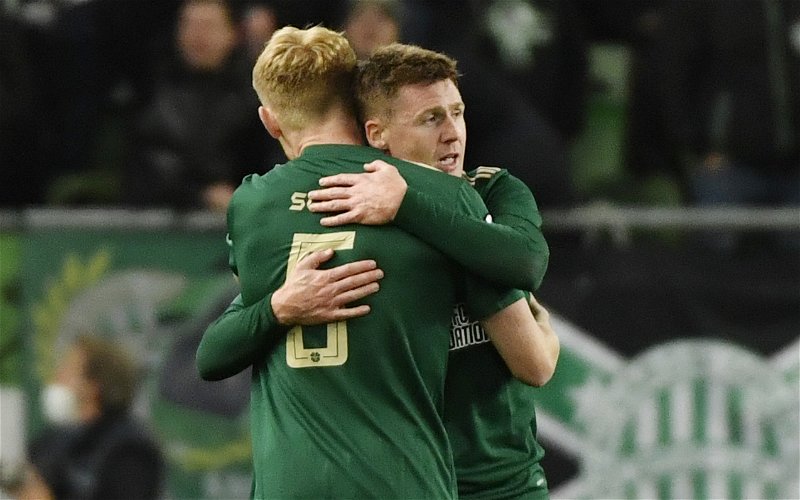 We were never going to be able to make a proper judgement on James McCarthy until we had watched him play properly. Until the weekend just past I would contend that we never had seen him for real in a Celtic shirt.

We still haven’t but we’re a step closer.

McCarthy played well at the weekend in a position which does not generate much attention and so only very rarely rewards excellence. I have seen McGregor have superb games in the defensive midfield role this season and previously only for people to say that he was dreadful, because they aren’t understanding what he’s supposed to do.

McCarthy suffered for that at the weekend. He was solid but unspectacular in a position where you need to be spectacular to get positive ink. It was a major step up in terms of his performance I thought and you would think that’s because he’s now getting match sharpness and fitness and acclimating himself to his team-mates and his role that he will get better.

Tomorrow night, against Hearts, is a big one for him unless Rogic is fit and he doesn’t play. A good performance in that game and I think this boy will be all set. I think you’ll see the emergence of the player we were all so excited about.

He has the talent. He’s played at the highest level. He’s a natural for the position and a good fit for the club. Is he a good fit for Ange’s tactical outlook? He’ll have to be, or he’ll have to grow into it at the very least. But he’s made a slow start and that has the buzzards circling. He has work to do in order to win people over, starting, perhaps with the manager himself.

This is the time when you want to see his mental toughness come through. McCarthy is made of strong stuff; he has to be.

He’s recovered from two massive, career threatening injuries and you don’t do that and return to the fray unless you have real resilience and self-belief. We already know that he has the talent.

But this is new. There is pressure here too.

At his other clubs McCarthy could drift in and out of games and the team without much comment.

Here, where we can’t afford passengers, the media wouldn’t allow that even if we were prepared to overlook it. At Celtic, one bad performance can get you headlines.

Have a few of them and the press pressure will be relentless.

So James has to dig deep and find that spirit and the talent to overcome his shaky start.

He gave us some glimpses of the real player on Sunday.

The same again on Thursday and fans will feel much more confident that the real player has finally begun to emerge.