Ryan Porteous Has Again Undermined Any Case For Celtic Making Him An Offer. 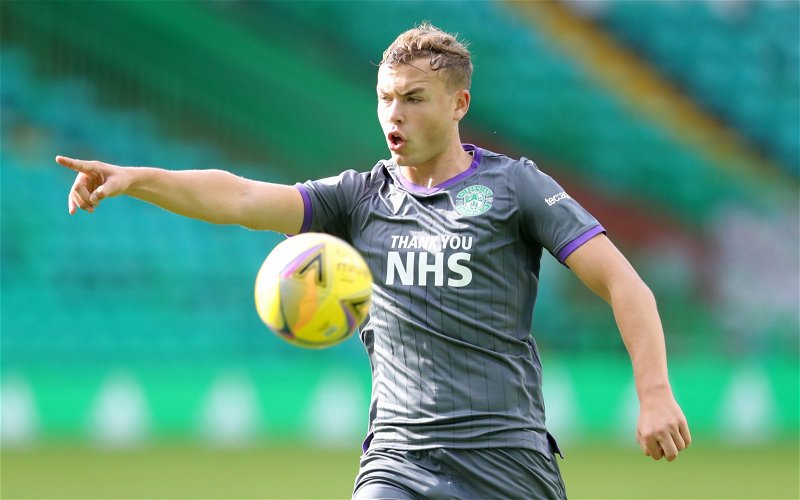 Last night, Ryan Porteous does what only he can.

A non-Ibrox player who has no love for them at all, in any way, shape or form, he handed them three points on a plate.

He had a good game last night, up until the moment, five minutes from full time, when he stupidly stuck his leg out in the penalty box in front of a referee so foaming at the mouth in his love for the blue club that he hesitated only to say a silent prayer of thanks before he gave the spot kick.

And in that moment I understood why some of our fans scorn any suggestion from me that Ryan Porteous should ever be considered for the Celtic shirt. Porteous is a fine footballer but he sometimes cracks under pressure, and last night he cracked big time.

He is careless. That’s something that good coaching might solve, but at the same time it might not. That might be a temperament thing and that’s nearly impossible to coach out of a player.

The thing is, we saw both his good qualities and the bad last night in that game; unfortunately, defenders don’t get to make mistakes with the frequency strikers or midfielders do … they have to be alert at all times and almost supernaturally consistent.

And he is nowhere near as good as that. Last night proved it again.

You know that Ibrox social media is going to crucify him for his gleeful end-of-match interview after the cup semi-final and he better be able to handle it; I’m sure he can.

They have turned on him so frequently and consistently over the last few years, and the reason for that is that in these massive games he does this again and again and again.

And in a Celtic strip, of course, every game would be a massive game.

I like Porteous. There is the making of a great player in that boy, but as long as he has this reckless streak, this penchant for making these huge mistakes at critical times, he’s never going to be the top footballer we all know is in there.

To sign him for a club like Celtic would be a momentous risk, and we would pay for it a lot of times before we’d finished paying for him. That, alone, is reason to avoid such a scenario in the first place.

Sometime down the line, if he can knock this stuff out of his game, I would take him in two seconds … until then, we should pass.