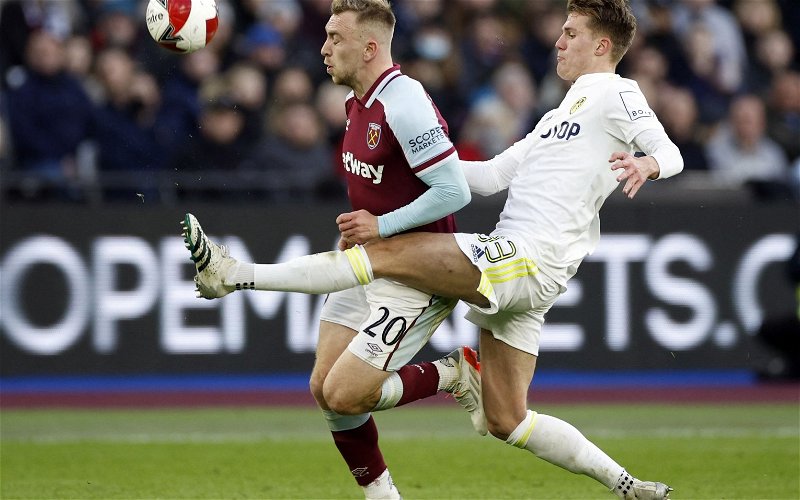 Leo Hjelde played yesterday for Leeds in a cracking game of football against a very decent and well organised West Ham team. His side won, by 3-2. His performance wasn’t a stand-out, but he looked like he could handle himself at that level.

We really lost a decent one there, and it happened at a time when our club was in the doldrums and players like him were further from the first-team football they thought they deserved than they had been in a long, long time. Ange would have made him a solid case for staying, and if he had he’d already be a huge asset to us. But it was too late for that.

Hjelde had already mentally checked out at Celtic. He knew things weren’t right. He knew that the club was no longer offering him what he needed, and that wasn’t a guarantee of first team football or anything like that. It was simple progression. He is not the only player from our academy who left to go on to play in a bigger league than the SPL.

Progressing youth talent is what Ange is known for. I was glad to hear him affirm his commitment to bringing on our youth players, whilst also moving to strengthen the first team squad with signings. Our young players will immeasurably benefit from having a man like this in the building. He knows how to develop young talent, and that’s vital for us.

Hjelde said that Celtic tried to build him up by telling him to eat more.

That has to be the most bizarre advice I’ve ever heard offered to a professional athlete. He says the difference e in the regime at Leeds is nearly night and day; they worked him harder … in order that he lost some weight. Whoever was running training at Parkhead clearly had no clue at all.

The decision to appoint Lennon, who scorned the very idea of that, as well as sports science and analytics, becomes more indefensible the more you learn. Quite what our board was thinking about when they sanctioned that I do not know, but it overturned years of progress under Deila and Rodgers. Ange is going to put things back together.

The kids at Celtic Park can now see that genuine changes have come to the club, and that there is a path to first team football which didn’t exist before. It is hard to imagine that guys like this will want to leave once they hear that the manager has plans for them.

Hjelde had made up his mind before this summer came around, so it’s possible that he and Ange could have had a chat which led to the manager concluding that he was gone already and that there was no further point in pursuing the matter; he only wants people here who want to be here after all. But it should be easier to retain these guys now.

I wish Hjelde well. He never made a contribution to our club so it’s not as if we feel any great sense of loss. It’s all about “what might have been” rather than what is, and that’s easier to live with.

His success there would enhance our reputation even if it made people scratch their heads and wonder why this guy wasn’t nailed down by Celtic in the first place.

That’s beyond our control now. It’s in the past. We look, as ever, to the future.