One International May Not Have Made Celtic Big In Japan, But Four Definitely Does. 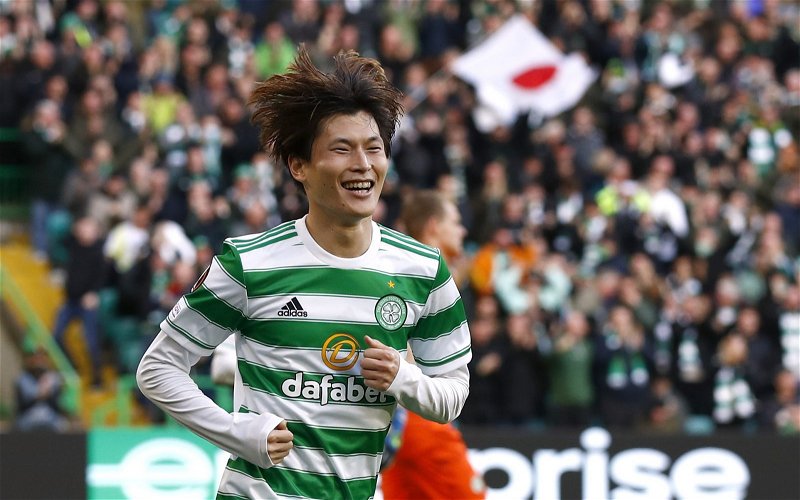 When Celtic moved to secure Kyogo Furuhashi, and the kid hit the ground running and started battering in the goals, some “experts” were quick to remind us that other leagues have heavily penetrated the Japanese market and that we would not have it all to ourselves just because one of their national darlings was doing well for us.

Germany, Spain, France and England all have Asian players at top clubs.

That market, we were told, was heavily saturated. But those “experts” reckoned without Ange and his plans.

We don’t have one Japanese international now, we have four.

And that does change the equation somewhat, because I don’t think there’s another European club which has four Asian internationals from one country on its books.

That gives us profile over there, and that profile will only increase if they succeed.

And it will certainly take on massive proportions if Japan gets to Qatar.

A lot of times in the past, the bulk of our fans don’t really have “a team” to watch at a World Cup Finals, except for whoever is playing England.

But if that tournament takes place with four of our stars in one national team, we will all be cheering them on whoever else is competing over there. And that will get a lot of people’s attention.

It will certainly make headlines in Japan.

It will certainly be something that people will be talking about. Our club’s footprint there can only grow larger – perhaps significantly larger – if our global fan-base is mobilised to support their national side.

The high point of our engagement over there was when Naka was at Celtic Park; but that was also before the global reach of the EPL became truly irresistible. A lot of folk thought – and not just the cynics, our rivals and our enemies – that no club from our neck of the woods would ever be able to crack those markets again.

The next year or so will settle that debate once and for all.

It may not settle it in our favour.

But by God, we have a good chance of it now, the best we’ve ever had, and that suggests that there are very exciting times ahead of us on all fronts.