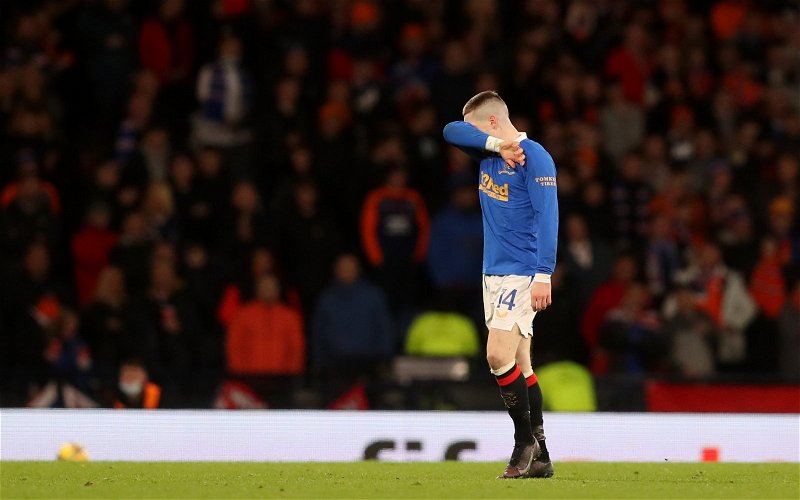 “Game on in the title race?” some are asking.

Yeah, but it was never “game over” in the title race, as we kept pointing out.

Last night, at Pittodrie, an Ibrox team which looked bereft of ideas stumbled badly after Celtic had cranked up a gear the night before; is this a turning point? It’s certainly the moment where a couple of things start to fall into place.

I wasn’t in the least bit impressed by their approach last night or their performance.

There was none of the high-tempo football we are capable of playing.

Their goal was a WTAF moment from the Aberdeen goalkeeper and their defenders instead of being a brilliant bit of football.

You got the distinct impression that too many of the home side’s players were more interested in arguing with the ref about the disputed decision at the other end than focussing on their jobs.

It was a dreadful lapse in concentration.

That and Morelos’ late attempt aside, I can’t remember Sevco creating a single clear-cut chance.

Even Ibrox’s subs were backs-to-the-wall changes as they tried to hang on.

Kent provided the finishing touch, as he left the field to the mocking laugher of Scott Brown.

To many people that is the highlight of the evening; I preferred the moment when Lewis Ferguson stuck the ball in the back of the net, although Kent’s idiotic act may not prove to have been one of the lighter matters as they have to do without him against Livingston.

Their fans are screaming for fresh blood in the squad. Ha!

They learn nothing, those Peepul, nothing at all.

They really did expect a major transfer splurge when they sold Patterson, although this blog and others told them that was wishful thinking.

In the aftermath of the game, locals claim the Ibrox club flooded the away dressing room.

If people believe it, it’s because they’ve made such things so easy to believe.

That kind of behaviour also speaks to a shocking indiscipline and lack of professional standards … and that might be important too.

All across Sevco cyberspace, the fear and loathing were taking root.

The fear of Celtic, of course, but an enhanced fear, not only of what our team is doing on the park but of a perceived campaign against officials which is getting us decisions and sending decisions against them.

Forget that the ref last night got one major call, in their favour, dead wrong and that the penalty he did award was a stonewaller and that Kent lost the plot because Brown was in his ear all night … the idea that Celtic has pushed refs towards our own corner is laughable.

Celtic may have focussed their minds to the point where they understand that they have to play it straight, but that’s not the same thing as us bending them to our will.

They keep on calling for VAR, but somebody is holding it up and I know it’s not Celtic.

The loathing is easy to guess at; it’s all focussed on one man, and it just so happens that we’ll be writing about him later on.

In the meantime, that was a good night for our club.

Not only in the result, but in the way it suggests that Ibrox’s so-called aura of invincibility is what we all knew it was anyway; a trick of the light. They are starting to stumble, just as Celtic’s war machine revs up for business.