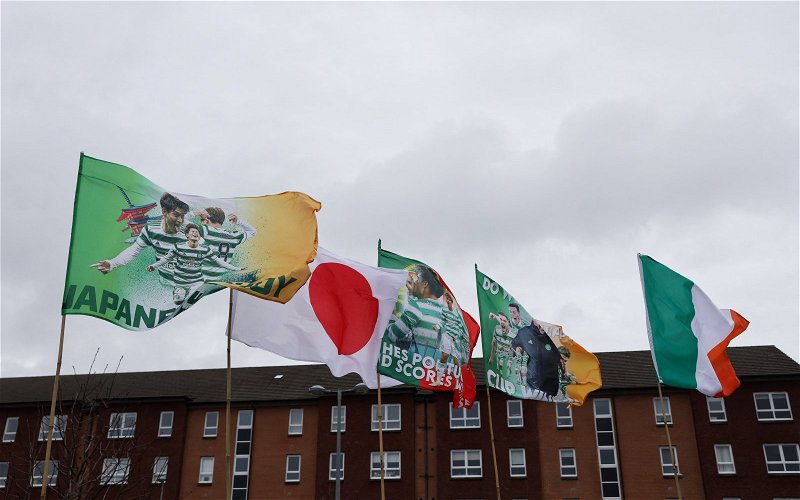 Last week, I posted my article about how I had initially, at the start of the campaign, thought 90 points was what we needed to be virtually assured the title. I said that I had revised it to 93 points in light of where we were.

Today I am re-revising it.

It seems clear that a draw at Ibrox will now be enough to make us overwhelming favourites, provided we don’t drop points in the games leading us there.

It is also pretty clear that this is a rocky Ibrox side capable of dropping points any time they play away … how fortunate for them that the fixture list has fallen so heavily in their favour.

A draw and a win over the Ibrox club would, on the basis of where we stand right now, give us a league lead of six points … if those game were played back to back we’d have nine games left to go.

Indeed, by the time the first of them comes around the match count will be down to eight. If we leave that game with a three point lead we’re down to seven games, which means that a win against them at Celtic Park would leave just six games for them to make up a six point deficit, and a couple of them will be already in the past.

We also might be considerably ahead on goal difference as well.

That’s eight games of the eleven we have left. If we win eight out of the next eleven – including beating them at home – then, to be blunt, we will win this title and I have no doubt of that at all.

Crucially, now, with eleven games to go we would almost certainly be officially champions if we get to 93 points, which is nine wins out of the next eleven … our record in the last 19 league games is 18 wins so we are in a good place to achieve that goal.

There is a long way to go in this title race, folks … eleven tough matches, matches in which we will be severely tested. Three of those games take place before Ibrox and two are at tricky away grounds where we will absolutely need to be on our toes.

But if we win the next three we go to Ibrox with, at worst, a three point cushion.

If we get a draw then it’s ours to lose.

If we win, that’s 15 points closer to the goal and a six point lead with seven games to go, and at that point, with a home game against them to come, then it is ours to lose.

If we get to 90 points I think it’s ours to lose anyway.