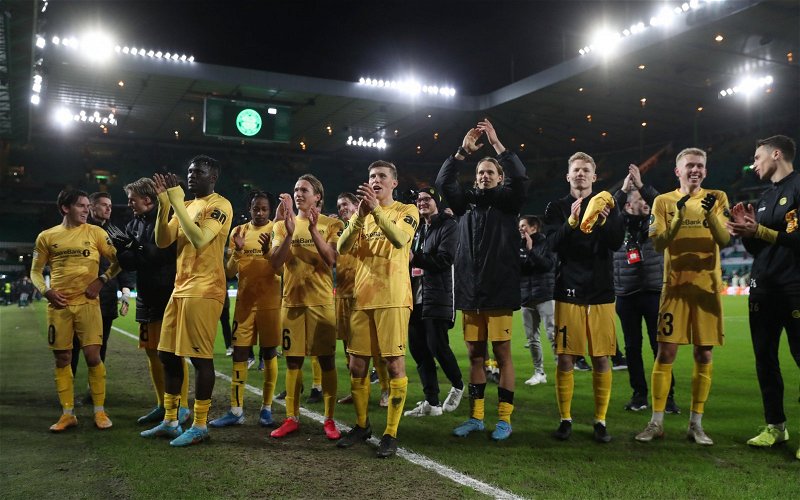 Awful tonight. Nowhere near good enough to go out of this tournament 5-1 on aggregate to this side, who for all their ability remain limited although a very decent side at home.

But I am not in the least bit concerned with going out of this competition, nor with the manager’s decision to prioritise our domestic chances by leaving out key players in this tournament.

This was not a competition we were destined to win, and the effort could have been harmful to the key task at hand.

I am not saying we played these games at a low tempo, but we certainly didn’t give them our all.

As such, the aggregate score looks horrific.

For all that, I can’t say that I’m all that bothered about it.

That might not sound like a typical reaction to a European away defeat in Scandinavia but I’ve never hidden my disdain for this third tier tournament or the need for us to focus more on domestic conquest.

There are people like Rodger Mitchell who think this is parochial and stupid; he confirms himself as someone whose brain doesn’t always engage before he puts his thoughts out on Twitter with that kind of nonsense.

What is the sense in this team breaking its back to progress in a competition as low-bar as this, at the risk of Champions League Group Stage football next season, guaranteed?

It is a nonsense to suggest that we even risk that for the sake of this.

Celtic has to be the best team in Scotland before we even think about success on the bigger stage. We are not an EPL side for whom finishing 3rd means a place in the Groups and the enormous pot of money that comes just from being in that league.

We are an SPL team and only one of them can access that pot of gold without playing a brutally tough qualification campaign to get there. If he and others think that shouldn’t be the over-riding goal they are quite mad.

We need to be back on that stage, and we need the money that goes with it.

I would have sacrificed, gladly, wins home and away in this tie for that Giakoumakis winner at the weekend.

If anyone thinks that makes me small-minded or parochial they should pull their head out of their arse and start looking around them at the world we actually live in.

Knowing “our level” is impossible on a night light this.

I suspect we’re nowhere near being a Champions League team, but we are comfortably at the Europa League level, and especially based on our club’s income as compared to other clubs.

Look at Leicester. What’s their level?

They progressed tonight, but with EPL millions which we can’t access they probably won’t win this tournament.

What level are they at? In theory, because of the players they can afford and with Rodgers at the helm they should be able to outgun any side in this competition who they come across.

Will the English press crucify him if they get knocked out? Will there be inquests?

We play in Scotland. Our horizons are limited.

Our funds are limited.

All that doesn’t seem to be limited are the wild fantasises some people conjure up.

Well we’re still in Year One of a momentous club transformation.

Talk to me in Year Three if there’s still no sign of forward momentum on the European stage.

Rodgers, for all his ego and talent, never took us towards any Promised Land in Europe. Even when we did make the Groups we were subjected to appalling performances and shocking results.

In Year One of what Ange is building, this team was never going to die in the ditch for the sake of being featured in this competition on BT Sport on a Thursday night.

Our manager has a sense of what the priorities are, and now that this tier three side-show is over with we can focus on the real thing again, on securing that Champions League money and giving a chunk of the cash to a manager who will put it to good use.

You’ll have noticed that I’m not really writing about the game.

It’s because I genuinely put this competition out of my mind after last Thursday.

Tonight was a non-event, and whilst I won’t pretend it served up even the minimum I expected or hoped for, but I still can’t properly bring myself to care that much about it, knowing as I do that come Sunday it will be utterly forgotten if we leave Easter Road with the three points.

I didn’t enjoy that tonight. None of us did.

There was nothing at stake, no lessons to learn and so no recriminations now that it’s done.

We are out of the competition, but in a close title race and with a domestic clean sweep on the horizon, to make it the fourth in five years, it hurts less than a stubbed toe.

So sit down, wait until the pain recedes, and get up and get on with it Celtic.

The business of this season was not going to be decided in Norway.

Ange Postecoglou and this team will be judged first by domestic success and then, in Europe, on a longer timeline than a mere eight months. We realise this, whether Mitchell and others believe it or not.