Alan Hutton’s Abada Valuation Is Hilarious. He Embarrasses Himself, Not Celtic. 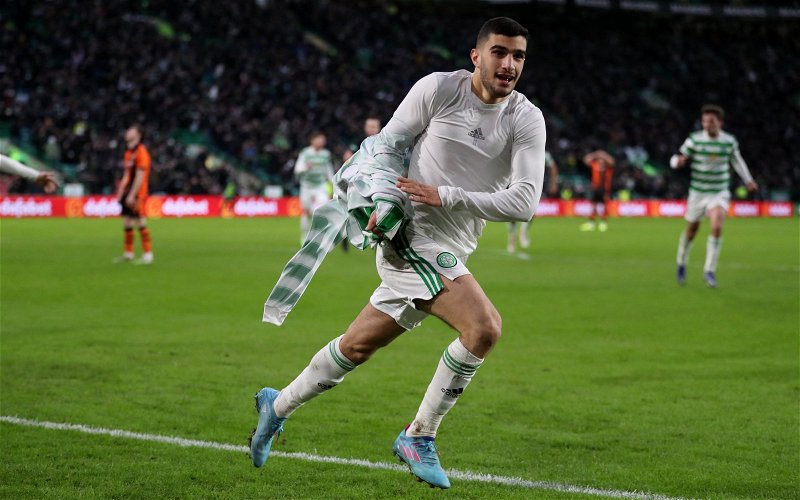 Liel Abada can seal a move out of Celtic in the summer, says Alan Hutton, as though the player were a hostage and dying to leave, and was only waiting on someone paying the ransom.

If he was, the fee would be considerably bigger than the laughable figure he suggested; £7 million plus. What a feeble effort at stirring the soup this one is.

Celtic would not entertain a £7 million bid for the player, even if he was clamouring to go and do you see any sign that this is the case? There have been stupid transfer stories this week, unlikely stories and even insulting ones.

This is not any of these.

You wonder what this guy has been smoking in his spare time that he could ever believe this kind of stuff.

He is the guy who values Kent around three times more than Abada; Kent, who is coming up to the last year of his deal and who, even at his best, couldn’t lay a glove on our Israeli winger who cost our club half of what he did Ibrox.

I understand why the trashy, click-bait website he works for publishes this rot.

They think that there is an audience for it. What I don’t understand is why that audience exists, because there is not a shred of fact in the story, only the “opinion” of an idiot.

For the Celtic fans, it’s one of the chuckle books.

Because whether he intended it or not, Alan Hutton and his crap website have written a fine piece of comedy, and that’s really all that it is. It’s not, by any stretch of the imagination, a football story.