All The Celtic Striker Story This Morning Proves Is That The Work Goes Ever On. 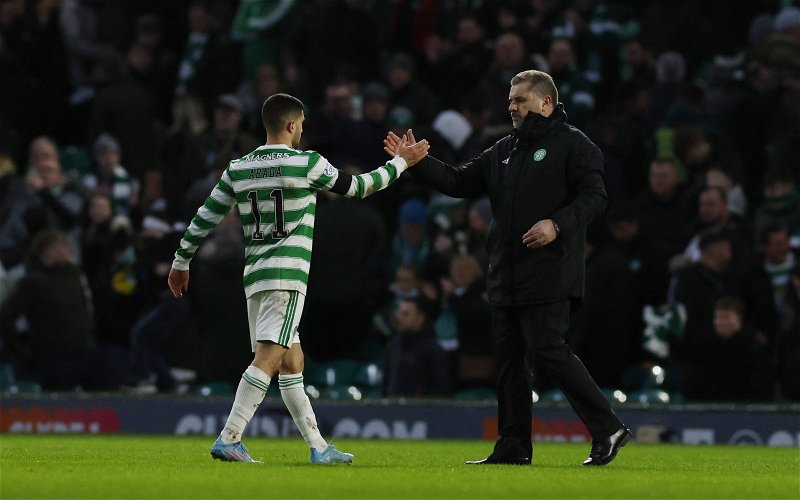 The news this morning that Celtic is looking at the Bristol City striker Antoine Semenyo is all over the press. Gordon Strachan – somehow still on the Celtic payroll it seems – and his son have been to watch him, and they apparently like him.

But there will be a lot of people watching this player, and the club itself has an extra year option. They’ve also said that he will cost a pretty penny, and although his scoring record isn’t great – it’s pretty poor actually – his profile is rising.

Yet I suspect that he’s only one option amongst many, and every single player we are going to sign in the next few years is going to be someone that Ange Postecoglou himself identifies or signs off on. The club has changed the way it does things, and everything at Parkhead is now being bent towards the goals that the manager sets.

All these reports mean is that the work goes on, behind the scenes. We only know of this link because the local newspapers in Bristol have seen Strachan and Celtic’s scouts at the games. There are probably a dozen clubs in England where this is the case; certainly we were watching MK Dons for a while before we signed O’Riley.

It’s difficult to see where Semenyo would fit into the team at the moment too. We could play him wide, but we’re already flush out there as in the forward area.

This is Celtic now, planning for the future, working on contingencies, in a number of areas of the pitch. For all we know, this is the Jota plan should the tricky winger from Benfica not sign. There is no doubt that there are other plans afoot.

What today’s stories reveal, in small part, is that the work goes on, the work never stops, the club is always busy. It is a comforting thought.