Celtic Fans Harking Back To The Days Of Seville Forget That We Won Nothing That Year. 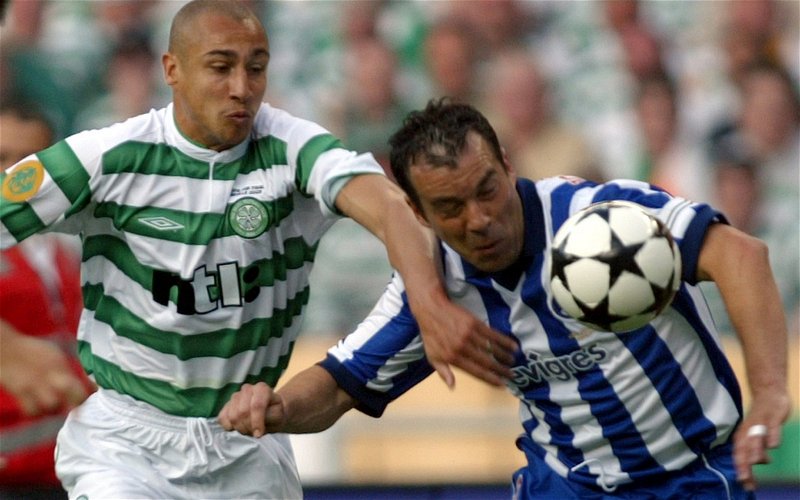 I cannot believe the debate that is raging in some places over when this Celtic side is going to start kicking on in Europe. Half of it is people looking across the city at the side who seem to have progressed on that stage but have won just a single trophy in ten years.

I look to ourselves for my own inspiration, and one season in particular; Seville.

There is one Hell of a lot of revisionism over that season.

If that’s being used as the benchmark for what Celtic should aspire to in a “successful” campaign then count me out of it, because I remember an enormous feeling of pride in what we had done in reaching that final but it lasted about as long as it took for Rangers to get to Hampden and complete the clean sweep.

Am I saying we’d have won something if we hadn’t had split focus that year?

Probably we would have.

It was O’Neill’s only season without an honour, and it still pains me today.

It also has lessons in it for what we’re engaged in here.

Rangers got to their own European final just a few years later. They blew a much bigger league lead than we have right now trying to fit all the games in. They have warm memories of Manchester – wrecking the place mainly – but I wonder, honestly, how many of them would have traded it for the title that year, which we won on the last night?

Who amongst us would really have traded a big night in Tirana for a shot at our fifth treble in six years?

A lot of people apparently, based on some of the commentary today.

I think most of them are full of shit, and are just venting because the press is giving us stick whilst praising the mob across the road.

But I ask you, what’s new about the press giving us stick and blowing smoke up the collective arse of Ibrox?

It’s certainly nothing worth panicking over.

The manager took a different view of all this, and in spite of his protestations about wanting us to compete on all fronts, he knew this tie was won in the first leg and that only a full throated battle could have turned it around.

And he chose to focus on the weekend, and it showed in his team selection.

He knows what the priority is.

He knows what the goal is.

You can have European success on top of domestic success, but you have to get your domestic business done early.

If you’re going to focus on making an impact in Europe you need one of two things; 1) a squad of superstars or 2) the ability to make continental progress the over-arching goal.

We can’t afford a squad of superstars; that’s a reality which a lot of us faced up to years ago.

With a three-point lead and the most one-sided fixture list I’ve witnessed in my living memory, a new squad and a new manager, progress will be measured right here at home.

The same people screaming that we’ve not come far enough were, I’m willing to bet, the very same people who at the start of the season said they were willing to write the whole campaign off as Ange learning the ropes and putting his team into place.

(In contrast, myself and some others said winning the title should be an objective and not simply an aspiration.)

They have lost their grounding with reality; some of us have not.

Progress in Europe cannot come before getting the job done in Scotland, and we’re not over the line yet.

As glorious as the road to Seville was, it ended in defeat both at both home and abroad.

Ange is a strategic thinker, and that means putting the long-term goals first … and that means that the primary task is to make ourselves the best team in this country.

Let others imagine themselves European conquerors; their reward for it will be the same one we got in 2003.

A lot of praise, a lot of headlines but ultimately failure on every front.