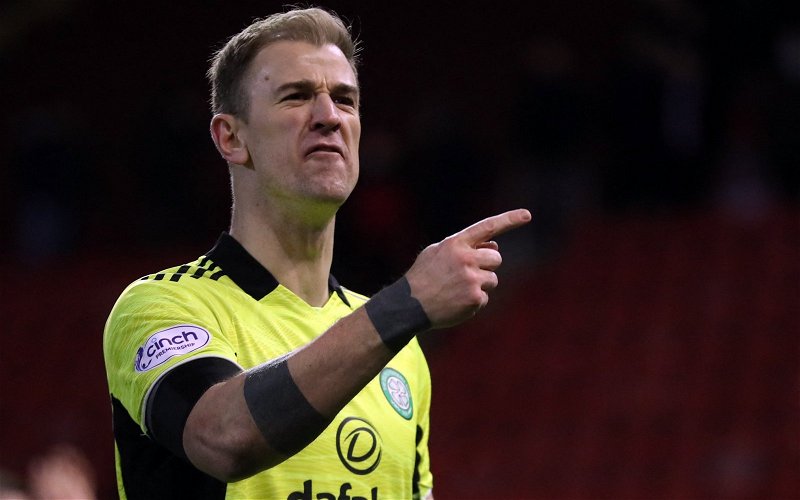 Ange chose his words carefully last night when he commented on the “bizarre” incident involving an Aberdeen fan getting onto the pitch for a selfie with our goalkeeper.

““I don’t like that because I always fear that you just don’t know what’s coming,” he said. “You don’t want players to react to that or get involved. At the end of the day it was harmless enough, over exuberance. We were all a bit baffled by his entry and exit. He’s obviously got some all-access pass that none of us have.”

The reason he didn’t go full on and make a thing of it is that we had our own little incident last Wednesday when a fan got onto the pitch at Celtic Park to laugh at Allan McGregor.

But Ange is well aware that these incidents are no laughing matter.

Behind his words was a clear question about what in God’s name the stewards were doing. Because he’s concerned about this, about both incidents equally, and all of us should be.

Fans shouldn’t be on the field of play.

They definitely shouldn’t be allowed to get as near to the players as these guys got. Too many of us are still horror-struck when we think of the incident at Tynecastle some years back when Neil Lennon was attacked on the touchline.

Recent events in England, particularly the one at Notts Forest-Leicester and another at Accrington Stanley-Rotherham have focussed minds down there. Now we need them focussed up here.

The charges for entering the field of play need to be stiff.

Those who get onto the pitch should not be permitted to get off it and back into the stands.

Serious, heavy duty punishments need to be handed down for anyone who dares, or we are going to get a big, bad shock when something happens that can’t be fixed. Right now we’re treating these two incidents as if they were some silly joke, but Ange knew better standing there facing the media last night. To him, this is not a joke at all.

The danger is that this sort of thing becomes normalised … and then we’re one bad hangover away from a potential tragedy.