They Dominated Celtic? Van Bronckhorst Is Not Defiant. He Is Delusional. 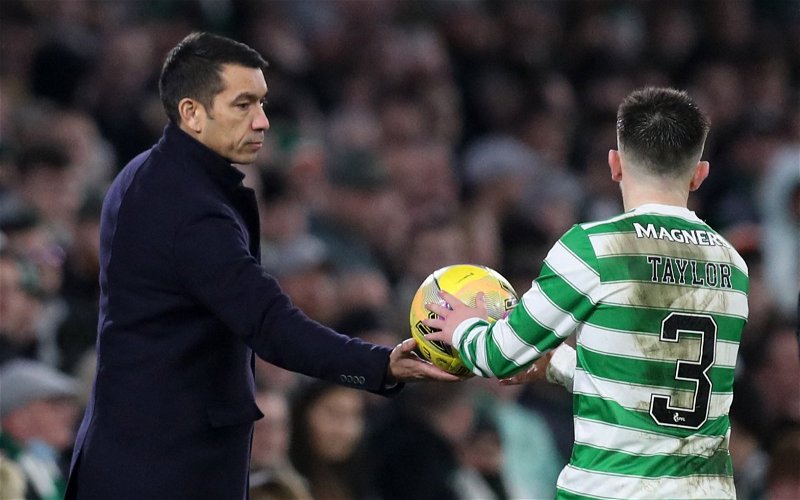 When you are in a hole, it is generally best to stop digging.

And Giovanni Van Bronckhorst is in a hole right now.

For him, the honeymoon is over. For weeks he was feted as a tactical genius.

Then Aberdeen happened. Then Ross County. Then Celtic Park.

Over the last few weeks, the bloom has fallen off the rose, and their fans were demanding some signs of life, some indication that he gets it, some attempt to explain what happened at Parkhead in particular, something to say “we know what went wrong and here are the lessons that we have learned.”

I understand why those things are in demand.

For a long time last season, many people waited for those answers from Lennon.

More than once he claimed to have them, but performances suggested otherwise.

We went backwards instead until the inevitable ending.

This blog was hypercritical of Lennon during that spell, and even since as he shows no signs yet of understanding far less accepting his own responsibility for the cataclysm of the last campaign.

Fans get angry at this stuff, and they should.

Which is why I know that Ibrox’s fans won’t be in the least bit impressed by what their manager had to say yesterday at his pre-match press conference. He provided no answers. He made a bunch of poor excuses. He rejected softball critiques of his tactics and has refused to acknowledge the need to alter them.

And he made at least one statement that was frankly delusional.

“We knew Celtic were going to push hard for the early goal,” he said. “The first 20-25 minutes, there was a storm. Then we took over.”

Then we took over? Really?

If this had been a Celtic manager, my dismay levels would have been through the roof. The media seems content to report only on what he said, rather than the ramifications of it and they are pretty obvious when you consider all the facts.

To suggest that after the first 25 minutes that his team was in control of the game is first rate batshit, I’m not sorry to say.

It is breathtakingly crazy and if he believes it he’s delusional.

I have rarely, if ever, seen an Ibrox team so comprehensively outplayed.

They weren’t just beaten, they were done.

We were so comfortable on the night that the entire backline could have come for a pyjama party instead of in their football kit. Joe Hart could have brought his Nintendo Switch and played Football Manager Touch for 90 minutes.

If this was a Celtic manager, responding to a heavy defeat, two groups would be crucifying him; the press and the bloggers.

Yes, there would be, as with Lennon, a praetorian guard which thinks any criticism of the club and the team, however deserved, is some kind of heretical act and there are some whose instinct would be to back the manager and a handful who might want to live with a comforting fantasy rather than a hard truth who would stand by their man.

But the majority of us would understand that those comments were something to be concerned about.

Because if that really does reflect the thinking inside the Ibrox coaching team then their problems haven’t even started yet.

There are two elements to it which should give us, as Celtic fans, reasons to be happy.

The first and most obvious is that it shows that no lessons have been learned at all, that they do believe that it was our second and third goals which made it look like a hammering and that after 25 minutes they really did play the better football.

I can’t understand how they could possibly believe that, but they do.

Which means they might well have a management team which is as daft as ours is canny and intelligent.

More important, maybe, is that it stops them from taking Celtic seriously.

There is still, at the heart of all this, an almost casual dismissal of the very idea that it was just that we were brilliant, that this squad is special, that this manager of ours is exceptional.

That performance has been teased for months. We are simply a better team than them.

And I’m not saying that there’s some miracle cure for that if they wise up to it, but when a side is playing against a team which is manifestly superior there are precautions you would take which you wouldn’t take against a lesser side.

On top of that, if you’re convinced that yours is a better team you expect that every time you slip up that your rivals will slip up as well. But if they are genuinely on a different level from you, every slip you make is more likely than not to be punished.

They don’t seem to realise either the trouble they are in or how they got there.

Their manager is trying to tell himself that it wasn’t as bad as it seemed, that they weren’t really comfortably beaten but just unlucky in the timing of the second and third goals.

And so I’m even happier having heard that than I was when the game was finished.

They are no longer in the hands of someone who whilst over-rated was at least pragmatic and whilst massively hyped was at least not prone to delusion.

To be blunt, he would have torn strips off the walls the other night.

He would have crucified some of those players and resolved to do better next time and we might have had to worry about that a bit, even though we still have the better team and manager.

But someone who thinks that we only had 25 minutes of that game in which we were on top … that’s not somebody to fear.

That’s somebody you’re glad is at the other side of the city.

Because that’s somebody who is heading for even ruder awakenings.