Two Celtic Loanees Are In The News Today For The Best Possible Reasons. 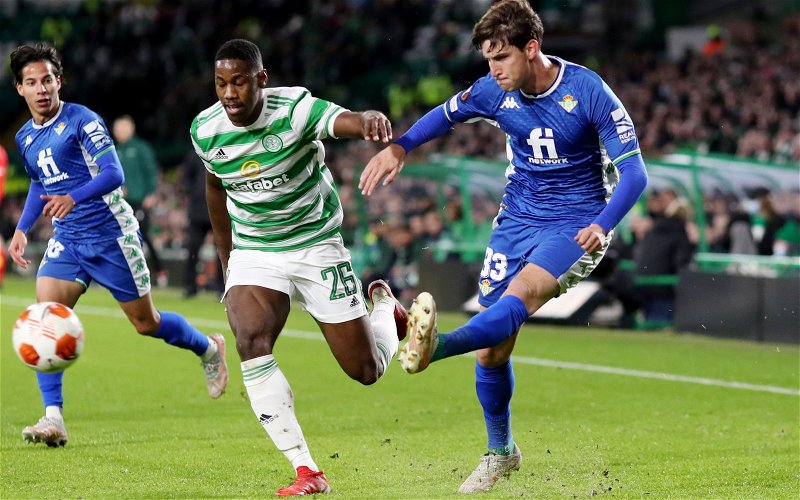 Two good news stories from our own loan players tonight, one which was overdue and one which I didn’t actually expect. They concern our striker John Afolabi and our big centre back Osaze Urhoghide.

Afolabi has had, not to put too fine a point on it, a hard time. He’s struggled at our club and he’s struggled out on loan in England. He came here with a sterling reputation and was a real up and coming talent. I am always disappointed to see one of those not make the grade. It looked bad for him when he went to his second loan club at Airdrie.

But today he came up trumps for them, snatching a winning goal. That will do his confidence the world of good and you’d hope that he can crack on from there and do well. Good form there may or may not win him a road to first team football at Celtic, but honestly we all want the best for our kids who go out to play elsewhere and this is no exception.

The same applies to our big defender, who is in Belgium with a release clause in his contract, one that I think his club are certain to want to activate. He’s not had the best start over there, but you can see there’s a natural talent with this guy and I suspect he’ll come good. I was worried about that release clause, but there’s one caveat to it which is important.

The player has to want to go, and based on his comments he would prefer to stay at Celtic and Ange has made it clear that he views him as someone he’d like to return with some first team football under his belt. This is a great news, as I think he will be back.

I was, and remain, critical of the decision to let him leave with a guaranteed fee clause. I think he’s a player who’s worth keeping a close watch over and their league will make him a better footballer and someone who could be a real asset one day.

I am delighted that he and the manager have talked it over and he’s dreaming of a Celtic return. That’s a good piece of news going into tomorrow’s games.