Callum McGregor Is Celtic’s Perfect On-Field Leader For This Moment. 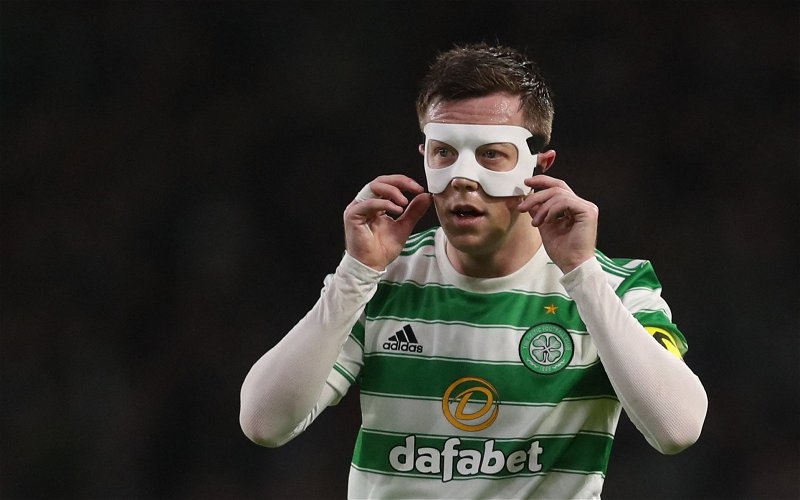 Our current captain is a special footballer, and he is a special kind of leader, and we are lucky to have him out on the pitch right now.

We are lucky because he understands what this moment is all about, and he is shepherding a number of players who have never been over the course and who perhaps need that inspiration and leadership to help them stay focussed and calm.

This is as important as having a manager who has been over the course, and Ange has done it too, in two different countries before this one, as well as with a national team.

As steady an influence as he is going to be, I think Callum might be more so.

He has not only won titles, but trebles and that’s what’s at stake now, and that puts these guys close to immortality.

He needs to make sure that they understand that point, and in his latest statement to the press he’s made it clear that he’ll be hammering that message over to them.

This is the point in the season where it’s all won … and can be lost.

We are ready. I think our players and our manager are up for the battle, but the word “battle” might be the key thing, and there is a chance of some of our players getting too involved in the next two months.

This is where a captain on the pitch who understands this and knows how to deal with it comes in handy, and thankfully that’s Callum.

“This is what you play football for, the big games where you need to stand up and be counted,” he said yesterday. “That’s the most exciting period of the season. When big games come around, semi-finals, finals hopefully, big league games. That’s where you’re judged. You have to embrace it. If you want to play at Celtic, then you have to embrace that pressure of having 10 massive games and having to win them all to have a successful season. We have done great up to now but this is where the period comes in that you have to stand up and be counted.”

And it is great to have someone with that mentality leading the charge.

For those who have doubted Callum as a leader before now, and hankered for someone like Scott Brown, I think in fact that this moment is more suited to a figure like Callum, someone who won’t see this as a war but as simply a series of challenges to overcome.

That will keep people focussed.

That will keep their eyes on the prize and the pressure off their shoulders because although he talks the way Brown used to in this instance he knows that the best way to do this is to treat those games one at a time.

Callum is telling these players that their time has come. So has his.