Celtic Must Find A Way To Halt The Drain Of Good Youth Players, But Let’s Not Panic. 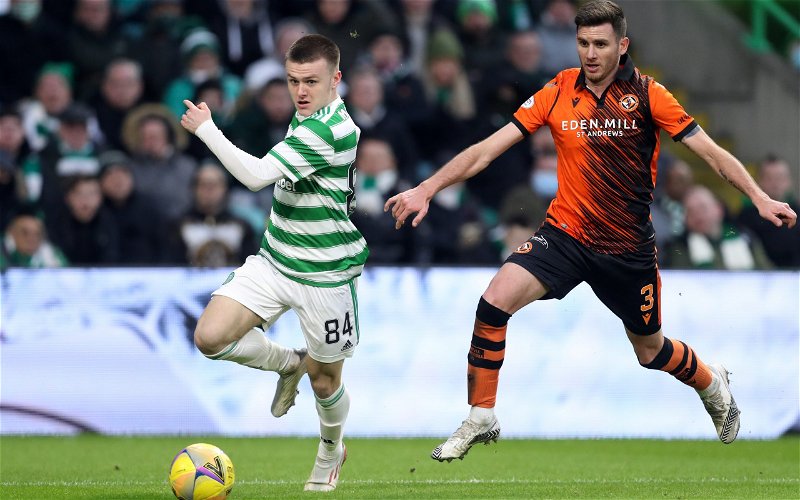 Another promising Celtic youth player looks set to depart our club for pastures new; it’s Ben Doak, the winger who has been promoted to the first team recently but fancies working under Jurgen Klopp more than staying at Parkhead.

Look, there are two elements to this and we have little chance to compete on either front. The money he’s probably getting from them will be beyond what we’re willing to pay, and that’s the consequence of English football being awash in cash.

The second element is the chance to work at Liverpool’s famed youth academy alongside a giant of the game. If he feels can learn more there than at Celtic, where our version of youth football is playing on ploughed fields in the Highland League then I can’t say I blame this kid at all for believing it. The odds are against him, sure, but he’ll certainly get an education.

Regular readers know I’m normally quite sanguine about this stuff. At this kid’s age all you are dealing with is potential. There are pressures that go with being a footballer and all the talent in the world doesn’t make a difference if you can’t handle those.

I worry when people leave Celtic who have made an honest-to-God contribution. I worry when we lose first team footballers attracted by English gold. I worry when I think that we might not keep some of our best players for long, and then I calm down, I breathe easily and I remind myself that this stuff happens and our club survives it.

Doak is a fine young footballer, but his contribution to the cause has been limited. It leaves a bad taste in the mouth that he won’t sign a professional contract, thus entitling us to a fee, but then this is a ruthless and dirty business and he’s putting himself and his career first, as he sees it, and none of us can blame him for that, can we?

So whilst I recognise that Barry Hepburn, Liam Morrison and now this kid are all clearly decent prospects and entitled to take their chances where they will I feel that the risk to them is bigger than the damage to us. Plenty of youth players never make it at all.

I agree that this outward movement is something we should be seeking to reverse. I agree that it isn’t good to lose so many of these promising talents. But I am not going to overly worry about it either; that we’ve produced three of them in the past few years who were considered good enough for these clubs is proof that the machine at Lennoxtown works.

And as long as it does, it will continue to produce players for our first team squad, players who see their destiny at Celtic, who see playing for our club as a life-long ambition, players who will enhance us for years to come.

On the day we stop doing that, then I’ll be concerned.